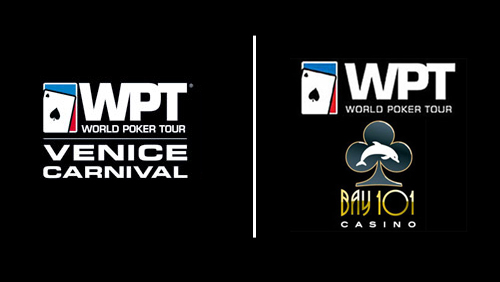 First to Europe and the Gioco Digitale WPT Venice Carnival has passed through its two starting flights and the Czech player David Taborsky has a slight chip lead over the red hot Englishman Chaz Chattha.

Taborsky deserves a hat tip for amassing his 100,300 chip stack after flicking chips and cards around the table with the likes of Season XI WPT Baden winner Vladimir Bozinovic and the runner-up of the last two European WPT events Vasili Firsau.

Chattha also had a great day on the felt, but one would expect so as Chattha is on a little bit of a heater of late. The young Brit has made two final tables in February finishing sixth in the Sky Poker UK Poker Championships and fourth in the WPT National Series in London. Chattha ended the day with 97,850.

WPT Champions Club members Roberto Romanello and Giacomo Fundaro spent most of the day competing together, but both former champions made it through to Day 2 with the Welshman locking up 48,400 and the Italian 45,450.

David Vamplew also shared table space with Romanello and Fundaro, but he will not be joining the field on Day 2. The former European Poker Tour (EPT) London winner was eliminated by Eros Nastasi midway through the day.

713 players have taken part in the WPT Bay 101 Shooting Stars event, making it the largest ever field in this format in its history, and the Italian Giorgio Medici will have the overall chip lead when Day 2 starts, after Day 1B chip leader Lucas Ke amassed 252,000 chips, just shy of Medici’s Day 1A total of 254,600.