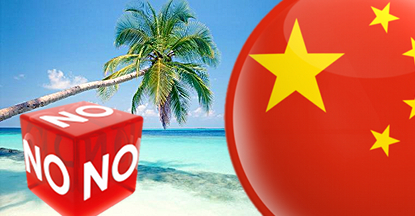 Chinese Premier Li Keqiang has reassured Macau that China will continue to uphold the ‘One Country, Two Systems’ principle that has allowed Macau to become the globe’s top casino hub. Li made the remarks on Wednesday at the opening session of the annual meeting of the National People’s Congress (NPC), China’s national legislature. Li’s assurances also extended to Hong Kong, the only other Chinese jurisdiction in which gambling on horseraces is permitted.

Li also provided an indirect boost to Taiwan’s casino hopes and dreams by pledging to improve trust between China and what China views as its renegade offshore province. Li said China would work to promote cross-strait economic integration and Taiwan’s best chance for casino success lies with the Matsu islands region, just 16km from the Chinese mainland’s Fujian province. A year ago, Fujian officials threatened to throw a spanner into Matsu’s works via a possible ban on its residents traveling to Matsu to gamble.

NO CASINOS ON HAINAN. SERIOUSLY. NO.
One place where Chinese citizens definitely won’t be gambling is on Hainan. Speaking on the sidelines of the NPC meeting on Thursday, Hainan’s Communist Party chief Luo Baoming told reporters that he “cannot at all allow Hainan to operate casinos.” Last February, authorities shut down a ‘cashless’ casino operating out of the Jesters bar at the Mangrove Tree Resort World in Sanya Bay. The casino’s 50 gaming tables operated in the traditional fashion, except chips could only be redeemed for goods and services at the resort’s non-gaming amenities.

Before it was taken down, resort operator Zhang Baoquan had told Reuters that the government was aware of the casino and was “monitoring” it as a “test,” implying that China was looking to authorize a second casino hub to rival Macau. That claim gained credence when Jesters and a number of other cashless casinos quietly reopened later that year. But the Mangrove Tree facility was shut down for the second time this January on the orders of Sanya mayor Wang Yong after China’s state television broadcaster aired a report on the resort’s disregard for the law.

Assuming the authorities actually mean it this time, Luo’s latest comments will come as a blow to the many operators who have invested heavily in resorts on Hainan, many with the expectation that casinos would one day be allowed to open on their properties. These companies include MGM Resorts and Caesars Entertainment, along with a $1.6b project announced in October by Chinese conglomerate Fosun International Ltd. and Sol Kerzner, the power behind South Africa’s Sun City casino.