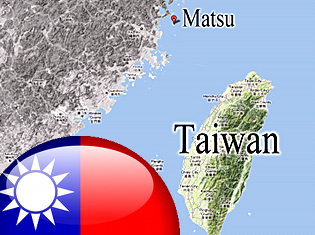 There will be no casinos on mainland Taiwan after the country’s legislators approved a measure restricting gaming establishments to the country’s outlying islands. In July 2012, residents of Taiwan’s Matsu island chain approved a referendum on the idea of welcoming casinos in its region and Taiwan’s national legislature approved a draft law in May 2013 that would have authorized construction of such casinos. But delays in getting the legislation up for a final vote led to calls to allow casinos in more populous regions of the country, including in an economic zone outside Taiwan’s capital Taipei.

On Thursday, the legislature’s Transportation Committee conducted a review of the Tourist Casino Management Act’s 114 articles and promptly struck down 83 of them, but not the one that restricted casino development to the outlying island regions. Another article that got a favorable nod was the one barring government investment in casino operations. The 83 articles that didn’t make the cut aren’t entirely dead, but have been tabled for negotiations by a broader swathe of legislators before being presented to the full legislature for further review. There is an outside chance that such negotiations could result in the resurrection of the mainland casino proposal, but this outcome is considered extremely unlikely.

Although casino operators like Galaxy Entertainment Group have expressed interest in setting up operations in Taiwan, the only truly serious proposal to date has come from Weidner Resorts, which has dazzled Matsu residents with visions of an $8b project that includes $2.5b in badly needed infrastructure upgrades. Critics have suggested the tepid interest in Matsu stems from the realization that any project would rely heavily on a steady influx of Chinese tourists, while Chinese officials have made veiled threats about their ability to turn off that tap if and when they choose.