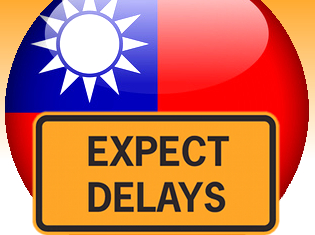 Taiwan’s casino plans hit yet another snag on Thursday after politicians opposed to the gambling expansion succeeded in delaying a review of the casino legislation. In May, Taiwan’s cabinet approved a draft bill that would allow construction of casinos in the country’s outlying island regions, provided those regions approve such proposals via a public referendum, as the residents of the Matsu islands did in July 2012. But legislators have since proposed amendments to the legislation that would allow casinos to be built in special economic zones, such as the Taoyuan Aerotropolis project at the Taoyuan International Airport outside Taiwan’s capital Taipei, which would only be accessible via foreign passport holders.

On Thursday, several legislators from the Transportation, Economic and Judiciary committees expressed opposition to the Taoyuan amendment, noting that it would essentially offer legal cover to the country’s other designated free-trade zones to build their own casinos. Other legislators complained that the casino bill didn’t designate a specific government agency to oversee casino operation, nor did it grant said agency police-like authority to enforce its edicts. In the end, the government caved, putting off further discussion until the legislators felt up to speed on the subject.

MATSU RESIDENTS: CASINOS = SURVIVAL
Some legislators had protested that they couldn’t express a final opinion on the casino plans without being provided with the minutes of Wednesday’s public hearing of the Transportation Committee, at which both pro and con sides of the debate made their opinions known. As legislators, gambling analysts and anti-gambling activists debated inside, some 400 residents of the outlying islands staged a rally outside the Legislative Yuan to convince the government to get a move on.

The depth of the pro-casino sentiment held by most Matsu residents was on full display when Legislative Yuan Speaker Wang Jin-pyng came outside to accept their written petition. The Taipei Times reported that several demonstrators knelt before Wang, begging him to do what he could to ensure passage of the casino legislation. Matsu residents have put great stock in the proposed resort casino plan by Weidner Resorts, which includes billions of dollars in necessary transportation infrastructure upgrades in the underdeveloped Matsu region.

Chang Long-guang, an award-winning screenwriter and a Matsu native, joined the demonstrators in pressing the government to act with a highly personal plea. Chang said the ‘yes’ vote in the 2012 casino referendum was nothing less than a vote for survival by Matsu’s residents. “Many of the villages in Matsu have been abandoned for years … If the transportation issue is not solved, I am afraid I will not be able to have my coffin delivered back to Matsu when I die.”