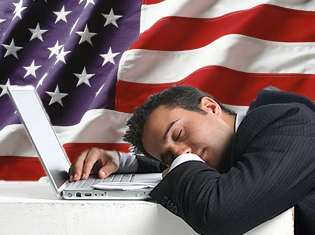 This week saw United States Sen. Lindsey Graham (R-SC) confirm that he’s prepping federal legislation to ban all forms of online gambling, so long as ‘all’ offers the traditional carveout for interstate horse racing wagers. Similar to the desires of Las Vegas Sands chairman Sheldon Adelson, Graham told Gambling Compliance he wants to rewrite the 1961 Wire Act so that it explicitly applies to the internet. Graham also said he would oppose any exemption for online poker.

That anti-poker stance means Graham is set to butt heads with Senate Majority Leader Harry Reid (D-NV), who, along with Nevada counterpart Dean Heller, is planning to introduce legislation that would allow such an exemption. In other words, Reid will use his majority to ensure Graham’s bill goes nowhere, while the Senate will use its current state of bone-idle paralysis to ensure that Reid’s bill dies without ever coming up for a committee discussion, let alone a vote on the Senate floor. In still other words, you’ve just wasted one full minute of your life reading the preceding two paragraphs. Carpe diem…

ILLINOISE
On Wednesday, an Illinois senate committee convened a hearing featuring testimony from Poker Player Alliance exec director John Pappas. Pappas said legalizing online gambling wouldn’t represent an expansion of gambling but would “corral” activity already taking place so that the state government could have some input into the process and a cut of the proceeds. Pappas rejected suggestions that the state’s existing gaming facilities would suffer any cannibalization of revenue and stressed that Nevada’s online poker market has yet to report a single incident of underage gamblers gaining access to the games.

Appearing for the ‘nay’ side was Anita ‘church lady’ Bedell, who rehashed some widely discredited talking points about online gamblers being more susceptible to problem gambling. Bedell also claimed that online gamblers were more likely to be pot smokers, which really only proves that gamblers at brick-and-mortar casinos are somewhat less likely to spark a doobie at the craps table than in the comfort of their own home.

Senate President John Cullerton, who has prodded Illinois to get into the online gambling game for two years now, said there still wasn’t consensus among the state’s existing gaming interests to make passage of Rep. Rob Rita‘s gaming expansion bill a sure thing in the legislature’s spring session. But with the state facing a $1.5b budget gap, Cullerton believes the fact that states like New Jersey are earning tax revenue from online gambling might help sway legislative fence-sitters. Meanwhile, Rita will hold his latest public hearing on gaming expansion on March 3.

ONLINE LOTTERY WOES
Colorado state gaming regulators may be taking the necessary steps to position themselves for a possible online gambling push, but this week saw the state House of Representatives approve a bill that would ban the Colorado Lottery from selling tickets online. The state Senate has yet to weigh in on the measure.

In Minnesota, the state lottery is already selling tickets online, including Spicy 7’s, the nation’s first online scratchoff tickets. Now some aggrieved state senators are complaining that the lottery lacked the legislative authority to take that step and they want to stuff the genie back in the bottle. This week saw the introduction of SF 2211, which calls for a study of the social and financial impact of online lottery sales, the results of which are to be submitted to the legislature by March 1, 2016. The bill also calls for a moratorium on online sales, which would take effect the day after the bill’s passage.

In Massachusetts, Attorney General Martha Coakley has spoken out against plans by the state lottery to begin online sales. Specifically, Coakley objects to the idea of online lottery players buying tickets with their credit cards, something currently not allowed under state law. State Treasurer Steven Grossman, who has pushed the state lottery to go online, said through a spokesman that he was also opposed to the use of credit cards for lottery sales. FYI, Coakley and Grossman are the leading Democratic candidates in the state’s 2014 gubernatorial race, suggesting Coakley’s criticisms are less about facts and more about painting Grossman as someone out to eat Massachusetts’ children.