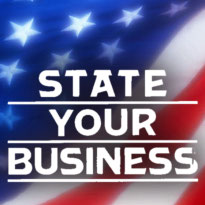 Following up on Massachusetts State Treasurer Steven Grossman’s December call for legislation to allow the state lottery to take its action online, state Senator Jennifer Flanagan has filed a bill that, if all goes well, could have Massachusetts residents gambling online later this year. While the bill’s full text has yet to surface, the Worcester Telegram & Gazette quoted Grossman saying the plan might require players to purchase online credits via the state’s 7,400 retail lottery agents as a way of ensuring they continue to receive their 5% commission on lottery sales without negatively affecting the flow of foot traffic through their stores. Grossman said the Lottery Commission was “committed to making sure the lottery agents have a significant role to play” online. A cap on the amount of credits that could be purchased would help address problem gambling concerns.

State lottery officials have suggested the online offering could start with PowerBall and Mega Millions ticket sales and some form of instant ticket games (which have been described by others as indistinguishable from slot machines). Later options could include Keno and other “games of chance.” A social gaming option, including fantasy sports, may also be included. Flanagan, who served on the commission that led to last year’s online recommendation, said the issue wasn’t about whether or not people liked gaming but “a debate over the fact that we have to move to online gaming.” Her legislation is a “work in progress” that “starts that conversation and in no way, shape or form determines the outcome.” Flanagan says the bill will now head to a committee for discussion and public hearings will be scheduled down the road. Grossman says a pilot program could be up and running “sometime this year” but “there is no specific timetable.”

NEVADA CASINOS HAVE SUCKTASTIC 2012
Nevada had 265 casinos that generated more than $1m in gaming revenues in the fiscal year ending June 30, 2012, and these casinos lost a combined $1.212b during that period, according to a gaming abstract released by the state Gaming Control Board. For those who see the glass as half-full, that loss pales in comparison to the $3.996b the state’s 256 casinos lost the previous fiscal year. The GCB’s Michael Lawton told the Las Vegas Review-Journal the reduction in net losses was partly the result of numerous bankruptcy and restructuring charges that inflated the 2011 expenses.

INDIANA SENATE COMMITTEE APPROVES SWEEPING GAMING EXPANSION
On Wednesday, the Indiana Senate Public Policy Committee unanimously (9-0) approved a plan to bring table games to two racinos, to allow riverboat casinos to shift operations to land near their docks, and to replace a $3 admissions tax with a flat tax on revenue. Off-track betting (OTB) parlors would also be allowed to offer customers the ability to play casino games on OTB-issued tablet devices. The legislation is intended to help the state’s gaming industry fend off increasing competition from neighboring states like Ohio. The bill now heads to the Appropriations Committee, where it is expected to receive tougher scrutiny.

FERTITTA FINED FOR GAMBLING IN AC
On Thursday, the Massachusetts Gaming Commission will consider a proposal to ban local officials – mayors, city councilors, police and fire chiefs, etc. – from gambling in casinos located in their city of residence. As luck would have it, Tilman Fertitta, owner of Atlantic City’s Golden Nugget casino, was just fined $15k by the New Jersey Division of Gaming Enforcement for playing blackjack at the Borgata. Fertitta was apparently unaware that it’s agin’ state law for the holder of a “key casino employee license” to gamble at any of Atlantic City’s dozen gaming joints. Golden Nugget general manager Tom Pohlman said Fertitta was unaware of the restriction, as Nevada law requires only that a licensee not gamble at his own casino. At any rate, Fertitta’s a billionaire, so $15k won’t break his bank.