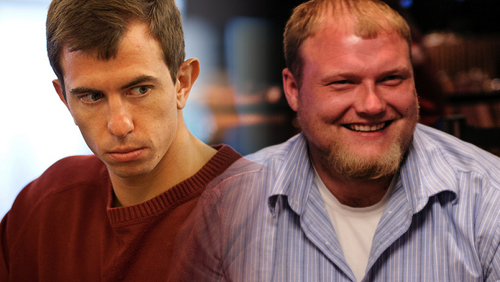 When the Global Poker Index (GPI) plucked the name of Shannon Shorr out of the echelons of poker’s elite, and named him as the seventh most successful live tournament player of the decade, there were a few raised eyebrows.

But the statistics don’t lie.

This man is Mr. Consistency and it should come as no surprise to see him amongst the strong favorites to take down the WPT Lucky Hearts title in Coconut Creek later today.

Shorr will be hoping that today is the day that he finally shakes the monkey of his back by stamping his authority on one of the games biggest majors as he starts the day second in chips.

One thing I know for sure is that with 10 WPT cashes to his name, and 3 final tables, Shorr will have the experience, the talent and the sharp suit…but will he get the luck?

One man standing in the path towards greatness is Keven Stammen. There is no monkey on this young man’s back as his victory in the 2009 $2,500 World Series of Poker (WSOP) event demonstrates. Stammen will start the contest as one of the favorites.

Two more players to keep an eye on are Evan Dollinger and James Calderaro. Dollinger picked up a victory in the WPT National Series event in Coconut Creek back in August 2012, and Calderaro finished runner-up to Shawn Cunix in WPT Jacksonville the same year.

415 players entered the event and there were some familiar names at the business end of the contest. Two time WSOP champion Athanasios Polychronopoulos finished in 28th, former champions Anthony Zinno and Matt Waxman bowed out in 16th and 13th respectively, and the poker couple who love their juicing Ronit Chamani and Ryan D’Angelo had a good run finishing in 32nd and 12th place.

The final table will start at 1pm ET and you can follow the action on the WPT blog where you have an option of reading the Live Updates or watching the Live Stream with a short delay.