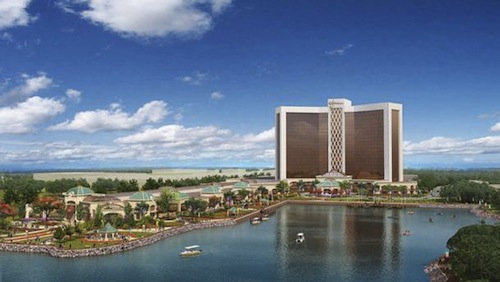 Two things you can always count from Steve Wynn: 1) he’s not afraid to slam an opponent, and 2) he’s completely unapologetic about it.

During a meeting with the Massachusetts Gaming Commission to essentially talk up his own casino proposal in Everett, Massachusetts, the always loquacious Wynn took the time to rub his nose at his one rival for the single casino license in Western Massachusetts.

As if repeatedly referring to Mohegan Sun’s proposal as a 3-star hotel “lacking waterfront views”, Wynn also took the time to criticize his rival’s casino design, instead proclaiming the awesomeness of his own proposal and his company’s stature as the only five-star multiple establishment in the gaming industry today, at least according to Forbes.

Never at a loss for words, this guy.

It certainly goes without saying that Mohegan Sun doesn’t have the financial cache that Wynn Resorts has and the former will have an equally tough time trying to match Wynn’s proposal. That’s a misnomer, especially considering that Mohegan Sun’s proposal only calls for one four-star hotel and a small boutique hotel It’s not exactly the pristine five-star tower that Wynn is proposing, but ever the individual to make the obvious even more so, the chairman of Wynn Resorts just had to pointed it out during his own pitch to the commission.

Asked why he went after Mohegan Sun during the event, Wynn Resorts essentially told reporters that it wasn’t a personal diss at the rival operator. Just a business point that needed to be shared to the five commissioners in attendance. “I felt the only thing that was important was to be simple and get to the point,” Wynn said.

Company president Matt Maddox also took the time to speak in front of the commission, shining the spotlight on the company’s financial flexibility and why it’s important that the commission understands that the company owns, operates, and finances its own projects. Yep, another dig at Mohegan Sun.

“We are very cautious when it comes to our balance: $2.7 billion in cash-on-hand and $2.4 billion in the bank, the other 300 million is working capital on the floors,” Maddox pointed out. Taking a page from his boss, Maddox took it a little further, explaining to the commission that even during the economic crisis, Wynn kept its lay off at a minimum as opposed to Mohegan Sun, which had to lay off 300 employees late last year.

As a final salvo to Mohegan Sun, Wynn Resorts pointed out that it’s reputation as a five-star casino resort will help it attract a more affluent clientele, allowing it to generate as much as $800 million in revenue, head and shoulders more than the figures Mohegan Sun is throwing around.

MGM Springfield hopes it can talk the city into cutting it some slack
Erik Gibbs
14 July 2020
.