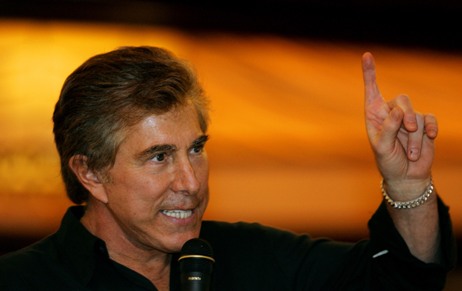 Steve Wynn has but one message for the Massachusetts Gaming Commission: leave my Macau business out of this.

Those aren’t exactly the words Wynn threw out, but the message was clear and unmistakable.

The gambling tycoon has expressed concern that the state’s regulators would question the legitimacy of his Macau casinos and ultimately penalize him for those overseas operations, even if his business in the country are all above board.

Wynn also blasted what he described as “irresponsible” news reports and “murky” investigations surrounding his business darlings in Macau, voicing legitimate concerns that hew could end up facing actions in the event regulators grants his company a casino license in Massachusetts.

During a recent meeting the Gaming Commission, Wynn responded to what sounded like a personal shot from Gaming commissioner Gayle Cameron, who, irresponsibly, at least in our eyes, tied criminal activity to the casino business.

She then followed that up by essentially calling out Wynn, saying, “You really have some disdain for investigations and law enforcement. That’s my opinion.”

Understandably, Wynn responded in defense of Macau, calling it a legitimate place of doing business before adding, “They’re not gangsters or bums, they’re businessmen.”

As far as those news reports are concerned, including one involving alleged corruption among junket operators in China, Wynn was adamant that nothing of that tom-foolery happens inside his premises because he put in place a strong security staff run by ex-FBI agents who put in place rules to ban public officials and organized crime figures from entering the premises.

“They don’t go in our place because we don’t tolerate it,” he said.

Still and all, the casino mogul is up on his toes over what rules the Gaming Commission is going to set in place for companies that have businesses outside of the US and in other jurisdictions. The concern is there, and rightfully so, that Massachusetts may be overstepping its bounds in slapping his company a fine for essentially running a successful business in a place that’s universally regarded as the largest gambling hub in the world – all because of the alleged seediness running rampant in Macau.

Maybe Commissioner Cameron should take a trip to Macau one of these days and see that her supposed concerns about Wynn’s businesses there are really much ado about nothing.