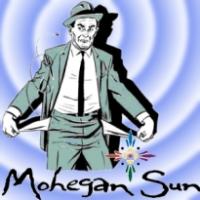 The Mohegan Sun casino is taking the difficult step of letting over 300 employees ago. And on top of that, they’ve also replaced casino CEO Jeffrey Hartmann with Bobby Soper, the current CEO of Mohegan Sun at Pocono Downs in Wilkes-Barre, Pennsylvania.

Talking to The Day of New London, Etess laid out the numbers and said that 282 employees are already being laid off effectively immediately with 46 more employees expected to be let of by the end of October. In rationalizing the company’s decision to let go off its employees, Etess wanted to make things clear. “You have to put this in the context of the amazing decline in business we’ve experienced,” he told The Day.

“The last thing we ever want to do is lay people off, but we had to do this to make the size of our workforce appropriate to our business volumes.”

It’s been no secret that the Mohegan Sun has seen a sharp decline in their revenues lately and it has shown in their business operations with the closyre of one of its restaurants and the shutting down of their keno operation. The casino’s struggles also cost the job of former CEO Jeffrey Hartmann who had been with the company since 1996 as an executive.

The casino’s struggles have been blamed on a number of factors, including economic difficulties and stiffer competition from nearby competitor casinos. One in particular is the newly-opened Resorts World New York at the Aqueduct racetrack in New York City, which has attracted a lot of casino goers in the area who now prefer to go to the nearer location instead of making the travel all the way up to Connecticut.

While the Mohegan Sun Casino struggles appear to continue in the near future, Indian tribes in Wisconsin are in a far better business state after a state audit conducted by the Legislative Audit Bureau announced that the state’s Indian tribes have generated $1.3 billion in revenue in the past three years.

According to the bureau, total tribal gambling profits have risen in the past three years from $543 million in 2009 to $567 million last year. The tribe-owned casinos in Wisconsin can attribute their strong revenues to former governor, Jim Doyle, the man responsible for negotiating gambling deals that allowed for the tribes to expand their gambling profile in exchange for a yearly payment of $50 million to the state’s coffers.

Suffice to say, Indian tribe casinos in Wisconsin have been doing pretty well despite the economic recession. Unfortunately, the same can’t be said for their counterparts in the Northeast.