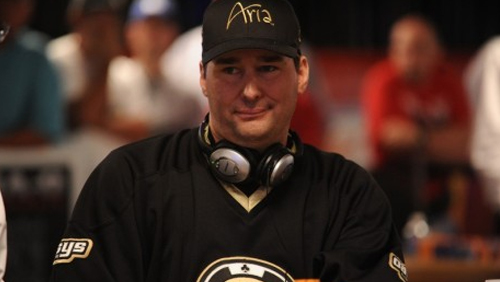 Cast your minds back to May 10, 1988, at the Binion’s Horseshoe & Casino in Downtown Las Vegas, and Lance Hilt was winning a World Series of Poker (WSOP) bracelet after defeating 206-players in the $1,500 Seven Card Stud Split event.

It was the only significant score in the life of Hilt. I have no idea who he is, or what became of him, but one can assume poker was not a hugely significant part of his life. 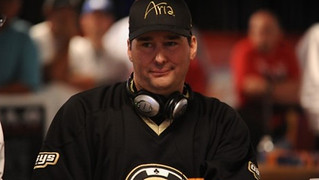 In contrast, seated at that same final table was a 23-year old kid called Phil Hellmuth Jr. He was just coming off his first live tournament victory – a $200 No-Limit Hold’em (NLHE) event in the Grand Sierra Resort in Reno – and he was full of confidence.

One year after that final table appearance Hellmuth would defeat the great Johnny Chan to become the youngest-ever WSOP Main Event champion. It was perfect timing for a young man who had stopped Chan from winning an unprecedented three consecutive WSOP Main Events.

He would go on to win 12 more bracelets – more than any other player on the planet – become the only player to win WSOP Main Event titles on two continents, cash in 100 WSOP events, and take over $12m off the WSOP felts.

After being indoctrinated in the Poker Hall of Fame he became arguably the most decorated player in WSOP history; and yet a large proportion of the poker community will tell you that he is useless, has major flaws when it comes to the basic fundamentals of poker, and is just lucky.

If the collective ‘we’ believes that variance evens out over the long run, then after 32-years of professional poker, Phil Hellmuth Jr. is one of the most talented members of the poker playing fraternity the world has ever seen.

That or the U.S government is spot on in their valuation of our game, and we are all sitting down to play nothing more than roulette with cards.

After speaking to a dozen poker players who have shared table space with the WSOP legend, I have come up with a list of 10 reasons why Phil Hellmuth has managed to dominate the WSOP headlines for longer than most of you have even been born.

Most poker coaches will tell you that game selection is key if you are to survive in this game, and Phil Hellmuth Jr. knows how to pick a game that gives him an edge sharper than Ricky Gervais’s wit.

The WSOP attracts more fish than any other tournament series in the world and Hellmuth has used this to his advantage better than anyone else of his ilk.

When the world’s greatest players are competing at the highest level in the game where is Hellmuth? Why don’t we see him playing at more European Poker Tours (EPTs)? Why isn’t he playing the World Poker Tour (WPT) Alpha8?

The answer is simple. The fewer weaker players you see in the game, the less likely you are to see that Aria hat and dark sunglasses. When it comes to taking on the world’s best players, Hellmuth couldn’t give a shit. He has nothing to prove and just loves to eat nothing but fish.

If we were to use the metaphor of the jungle, Hellmuth believes he is a flying lion that can shoot lasers out of his eyes when it comes to the Savannah of the WSOP.

It doesn’t matter if people think he’s shite; all that matters is that he thinks he’s the best. He owns the WSOP, and this creates an added zest to his game that very few possess.

He is one of 47 Ronin; he is King Leonidas; he is Neo in the middle of a thousand Agent Smith’s.

3. He is Under Estimated

During my conversations with his fellow professionals I have gauged the opinion that those who play with him can appreciate that he has a very high level of talent, and those that haven’t, cannot fathom how he is able to win a game of Connect 4, let alone 13-WSOP bracelets.

This tells me that it’s all about perception.

If you are going to have your name sewn into the fabric of books like Play Poker Like the Pros, and get your arse handed to you on a plate when trying to compete against the very best cash players on the most watched poker TV shows in the world, then people are going to assume you are a goal keeper short of a football team.

A lot of players believe that your qualities as a poker player are determined by your abilities in a cash game. That might be true, but the last time I looked they were not handing out WSOP bracelets for cash games.

Player’s under-estimate him, and he’s smart enough to understand this.

4. The Man Knows How to Survive

We have all laughed as the action folds around to him on the button and he folds his 4 big blinds because queen-ten off suit is not strong enough for him; but it’s this stubbornness to part with his stack that sets him apart from his peers.

Is it in line with optimum game theory?

He couldn’t care less. For every single person who tells him that he should do things differently he has $18m reasons why he can’t be arsed listening.

The man wrote the book on how to fold a hand. Perhaps, it’s true that he plays a short stack no better than Verne Troyer plays basketball, but it’s this instinct to survive that will see him consistently go deeper than Linda Lovelace.

He is the master at playing small pot poker against weaker players, avoids big pots like the pox and like the Stranglers once sang, “he’s always hanging around.”

“Great thing about poker is that we play VASTLY different styles but there is more than one way to win at this beautiful game.” Tweets Daniel Negreanu.

There are very few players who have the same style as Phil Hellmuth and it’s something that he’s not often given credit for. He bucks the trend. When the kids in school were wearing skinny ties I reckon Hellmuth had a great big fat one.

He doesn’t play a ‘normal’ style of poker and this is why everyone says he has weak fundamentals. What he does do is play an extremely good style of poker when he comes up against weaker players, and knows how to avoid those that are better than him.

The better players will say he is too predictable, but he can also baffle the shit out of people, because he doesn’t do what he is supposed to do.

When Phil Hellmuth Jr. gets angry he goes for a walk to find a midget so he can give it a good kick-in.

This man doesn’t pick fights with people unless he has knows he is going to win more often than lose. He’s your typical schoolyard bully. The guy who picks on the weak players and runs a mile when anybody fights back.

This was the most consistent reply that I got when I spoke to the poker masses. He was viewed as being the master of finding and exploiting weaknesses in those with skinny arms and a punch with about as much weight behind it as a gnats fart.

The WSOP is full of the weak and inviting Phil Hellmuth Jr. is the equivalent of inviting a lion to a gazelle’s bondage sex party.

There is a reason that Hellmuth rants and raves better than anyone in the game, and that’s because he has more passion than anyone else.

It’s a contentious issue, because calling someone ‘an idiot’ while another player keeps his pipes closed, doesn’t always mean one has more passion than the other; but in this case I really believe Hellmuth has more of the good stuff than most.

I will always remember his famous rant against Cristian Dragomir in the 2008 WSOP. Chino Rheem tries to calm things down by saying to Hellmuth, “Ok he sucked out on you, I understand, but this is poker.”

Hellmuth looked at Chino Rheem and said, “To you, this is poker man, but to me this is my life.”

There are a lot of players with more skill than Hellmuth, but I’m not so sure they stack up when it comes to wearing your heart on your sleeve.

Hellmuth would never have become as famous as he is today without his outbursts. If it wasn’t for the endorsements that allowed him to play at the highest level in the game, he may have drifted away like so many before him.

Fortunately, he had a mouth that burned with as much fire as John McEnroe, and he quickly became a marketing dream. Every soap opera needs a strong villain and Hellmuth was cast perfectly.

Hellmuth’s mouth attracts players like a Beyoncé music video attracts male eyeballs. Everyone wants to take a shot at him and in a way he’s like the Venus fly trap. Players get so involved with him that before you know it they are stuck. They try to flap those wings, but they just can’t escape, and slowly, but surely, he eats them alive.

I don’t think I have ever spoken to a man as devoted as Phil Hellmuth when it comes to his family. He is a missus Hellmuth nut, and one of the reasons that he hasn’t traversed the globe in the search of more titles is because of his love for his children.

This love has given him a strong foundation, and he has used that to his advantage. He does not succumb to the temptations that poker can provide. He is as focused off the felt as he is on the felt, and he knows win or lose he still has his family to fall back on.

After playing the game for so long I believe Hellmuth understands his strengths and weaknesses better than you know. Sometimes he can come across as a man who has lost a few marbles, but it’s very difficult to understand if you are viewing the real Hellmuth, or the one that parades around in front of the camera?

Take his late arrivals at live tournaments as an example.

Some people believe that he does this to be ‘cool’. Like the kids, with the upturned collars and slick back hair who turn up late for the dance, never set foot on the floor, and expect to be snogging the girl from beneath someone’s coat when the smooch songs are blaring out of the speakers.

Then there others that believe he understands that deep stacked, post flop poker is not his thing, and that he turns up late because it is the smart thing for him to do.

When he tells the world he is the greatest he is sending a psychological message to the fish that he feeds off. This is no accident. It’s all part of the Hellmuth master plan.

A plan that has seen him become the most decorated poker player in WSOP history, and he still looks like he has another 40-good years still left in the tank.

I summing up I remind you that anyone can win a poker tournament. It’s why we love the game so much. But if we start believing that you can be that lucky over a 30-year stretch, then we have a serious flaw in the construct of our beautiful game.

If there was a study to determine what traits made up a long term winner in the game of poker, then the first player to fall under the knife would be Phil Hellmuth Jr., and do you know what would happen as the blade sliced through that thick skin of his?

Chips and cards would spew all over the floor.