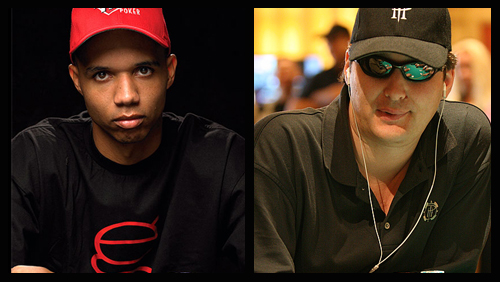 The WSOP decided to reduce the buy-in for its innovative mixed-max format, and although it was rewarded with the obviousness of a larger turnout, the cash register took a tuning as the field turned out a little over €200k less than it did when it masqueraded as a €10k.

Jon Aguiar was the victor in that €10k event, but wouldn’t be around to defend his title after announcing his retirement from poker to concentrate on his new career in the field of Fantasy Sports with Draft Kings.

So the WSOP are going to crown a new champion, but whose name is going to light up the poker news when the final card is dealt?

Let’s check out the bullet points of the first day of action.

It was just last week that CalvinAyre was chewing the fat with Nicolas Levi to talk about his new project Ranking Hero, and the fedora wearing Frenchman has a little more time to spend on his social media space after an early elimination during the full ring action.

Levi being ousted in a three way all-in that saw both Russell Thomas and Levi holding ace-king, only to be out flipped by the pocket sevens of Michael ‘The Grinder’ Mizrachi.

Level 3: Are You Taking the Michael?

Two Michael’s left the contest in the third level of the day. The man who loves to piss on sports cars – Mike Watson – bowed out after ’probably not playing well’ and IveyPoker pro, Mike Leah, failed to shine in front of the boss when he lost a flip AK v QQ to exit stage left.

WSOP champion Loni Harwood failed to unearth any WSOP Player of the Year (POY) points, when she was eliminated by the end of day chip leader Matthew O’Donnell.

It was a cooler for Harwood after she got it in ‘good’ holding ace-king against the [Kc] [Jc] of the chip leader. Two clubs on the flop and a third on the turn handing the young lady a horrid exit.

Level 6: Negreanu Out in Tough Circumstances

Daniel Negreanu joined the ‘that’s not nice’ brigade, after a sickening exit at the hands of the Belgian Kevin Vandersmissen.

Both players were all-in with Negreanu holding ace-king and Vandersmissen ace-jack. Negreanu then proceeded to flop two pair, before the Belgian hit runner-runner cards to take the starring role on Broadway, and the Canadian was out without any bacon.

Dan O’Brien and Ludovic Lacay decided to get creative in one of the most interesting hands of the day.

O’Brien calling a five bet from Lacay when both players where holding the weakened parts of their ranges. O’Brien holding [Ad] [5d] and Lacay the monstrous [7c] [3c].

The dealer gave them both something to shout about when he laid [7d] [4d] [3s] on the flop, all the money went in and the American got there on the river to send Lacay to the rail.

There is no rest for the wicked as Jeff Rossiter arrived on the back of his European Poker Tour (EPT) London final table appearance, only for Chris Klodnicki to send him back to his hotel room for a spot of unpacking. Kings versus queens doing the damage in that little feud.