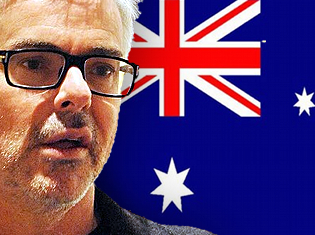 David Walsh, millionaire art curator and member of Australia’s legendary Punters Club betting syndicate, has one word for bettors who’d like to follow in his footsteps: don’t. In a wide-ranging interview with the Australian Financial Review, Walsh (pictured) offered a rare glimpse into the wagering ways that earned he and Punters Club founder Zeljko Ranogajec hundreds of millions of dollars over the years. But the biggest piece of advice he has for Aussies who’d like to emulate his path to fame and fortune would be “not to live like I did.”

Walsh, who reached a private settlement with the Australian Tax Office in October 2012 over his Punters Club earnings, compared his success in beating the bookies to someone like Rafael Nadal reaching the pinnacle of the tennis world, i.e. not indicative of the “shitful outcomes” experienced by the tens of millions of other would-be/wannabe tennis greats who ultimately fall short of their goal. Walsh doubted that he possessed any specific talent “other than the awareness that my success was loaded by the imposition of good fortune.”

Much of that good fortune came from a chance encounter with Ranogajec during their university days. Ranogajec showed Walsh how to apply his computer and mathematical abilities to a commercial venture, namely, horserace wagering. Walsh says that once he’d established “a winning gambling strategy, or once I had prosecuted it enough so I was not engaging too much risk, there was little luck involved. I was mathematically on a pretty rock-solid path.”

THIS IS WHAT YOU GET WHEN YOU DON’T SLEEP THROUGH ALGEBRA CLASS
As for the specifics of the statistical models he employs to make his wagers, Walsh suggested any complex algorithm would “significantly underperform the public odds.” Walsh called public odds a “remarkably efficient signal” that dare not be discounted. “The best models are not predictive per se, but ‘perturbation’ models that start with the assumption that the public is right and then work out what small errors they might make.” The Punters Club “essentially wager on those events that have better chances than the public thinks, which gives us a positive return expectation.”

While the success Walsh has enjoyed is undeniable, it doesn’t hurt that the Punters Club’s wagering handle is so great – nearly $2.5b in 2006 alone – that bookies routinely offered them such generous rebates that Ranogajec himself admitted in court that just 15% of the $52m he’d earned over a three-year period came from winning bets, with the remainder coming purely from rebates. In other words, Walsh’s definition of ‘risk’ differed from that of the average punter who walked into his local Tab outlet. Yet Walsh claims the “profitability of our system is statistically significant” even in the absence of these rebates.

Walsh used much of his betting income to open the Museum of Old and New Art (MONA), which has gone on to become Tasmania’s top tourist attraction. While Walsh is clearly an art lover, he speaks of the museum almost in terms of atoning for his betting success. Walsh believes that whether you’re betting on horses or trading financial derivatives, “you have not actually made anything. The world is in no way a better place because you have extracted wealth from the market and lined your own pockets.” Opening MONA allowed Walsh to believe “I did at least one thing that might have made me feel a little bit better.” Well, that and stencilling ‘God’ on his MONA reserved parking space.