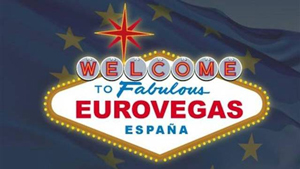 In a stunning turn of events that not a lot of people saw coming, Las Vegas Sands has scrapped its plan to build EuroVegas in Madrid, Spain.

The resort, which was to cost $30 billion and include up to six casinos and 12 high-end hotels, was supposed to inject some much-needed life in a country that desperately needed all the jobs it could get. The project was earmarked to create as many as 250,000 employment opportunities, sorely needed considering that Spain’s unemployment rate these days stand at an alarming 27 percent.

But none of that matters now with the collapse of the project after clashes between Sands and Spanish authorities prevented  both sides to come to an mutually beneficial agreement. Adelson had already received a number of concessions from Madrid mayor Ignacio Gonzales, including the slashing of regional gaming tax on brick and mortar casinos from 45 percent to 10 percent.

But other hurdles remained, including LVS’ insistence that the company would be exempt from future policy changes, especially those that could put a dent to the resort’s financial revenue. The issue of smoking at the resort was serious enough that Adelson contemplated delaying the project if he didn’t get what he was asking for.

Apparently, LVS’ demands and the government’s hard-line stance on not acquiescing to Adelson’s strong-arming prompted the cancellation of the entire project altogether.

“The government needs to preserve the general interests of all Spaniards,” Santamaria added.

With his European invasion now off the table, Adelson said in a statement that he was instead looking into expanding his casino empire in Asia. “Developing integrated resorts in Europe has been a vision of mine for years, but there is a time and place for everything and right now our focus is on encouraging Asian countries, like Japan and Korea, to dramatically enhance their tourism offering through the development of integrated resorts there.”

For now, it appears that Adelson’s “vision” doesn’t include EuroVegas anymore.