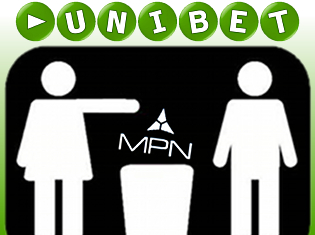 Swedish online gambling operator Unibet has announced it will ditch its home on Microgaming’s poker network MPN in favor of a standalone poker platform developed in conjunction with Estonia-based Relax Gaming. Unibet’s egaming chief Daniel Eskola said the company came to the decision after determining that “being part of a poker network is not sustainable for Unibet in the long term.”

The new product is expected to make its debut in Q1 2014 and will deal yet another blow to MPN, who are set to lose Ladbrokes’ poker business to Playtech’s iPoker network in late December. Despite the poker shift, Eskola insists Unibet’s “relationship with Microgaming remains strong,” and Unibet’s online casino will continue to offer Microgaming’s Quickfire games. The shift will not affect Unibet’s Italian or French poker operations, which run on the Ongame and iPoker networks respectively.

Unibet’s poker vertical has seen double-digit revenue declines each quarter this year and September saw Unibet’s poker head Steve Cutler depart the company, with Ladbrokes man Martin Stalros stepping into Cutler’s shoes. Eskola said the Relax deal was a bid to “bring the fun back to poker with a clear focus on the casual player.” The new Unibet Poker product will feature 3D backgrounds, the ability to change screen names and avatars plus social aspects such as achievements and missions. The new platform will support PC and Mac browsers as well as iOS and Android mobile apps. Unibet’s Maria brand will also utilize the new software.

Unibet’s deal will see the Swedes invest $1.25m in the Alderney-licensed Relax, which released its own fast-fold poker product, Fast Poker, last year. Eskola told PokerNews Nordic that Unibet had been working with Relax over the past seven months to ensure the new product had all the necessary bells and whistles to attract casual players. Eskola said the new software would not allow saving hand histories for tracking software purposes, which should result in “less grinding with statistics programs and HUDs [heads-up displays].”