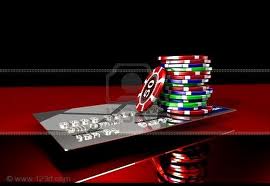 Online gambling in the US may be on its way to a number of states, but even with Nevada, Delaware, and New Jersey already lining up online gambling offerings in their states, credit card issuers are treading very carefully, with some even refusing transactions out of concerns of getting dragged into potential liabilities, including underage wagering, among other things.

According to Bloomberg News, a number of credit card issuers have yet to allow transactions related to online gambling, including Bank of America Corp., Wells Fargo & Co., and American Express Co., among others. Other issuers like Visa and Mastercard, though, aren’t as stringent as some of its competitors, and that may be a good thing because these two are without question the biggest credit card brands in the world.

Speaking to Bloomberg separately, representatives from both companies have said that they allow gambling-related credit-card transactions provided that these transactions are mate in states where it’s legal. Visa, in particular, has “updated its procedures to code newly legalized Internet gambling transactions so that financial institutions can identify and process them in states where they are allowed”. That’s according to company spokeswoman Rosetta Jones.

Meanwhile, Jim Issokson, a spokesman for Mastercard, also said that the company allows for online-gambling tractions with the same caveat that transactions are made in states where online gambling is legal.

But other issuers have been less accommodating to online gambling players, or maybe just worried about the potential consequences in the event that legal problems arise from online gambling. Hard to blame if they’re iffy on something like this, especially if these issuers somehow find themselves as unwitting participants in potential issues in the future.

Then again, just because some companies are still hesitant on allowing transactions of this sort, it doesn’t mean that it’s going to last for the test of time. Bank of America doesn’t allow the transactions. But company spokeswoman Anne Pace, told Bloomberg that the company is reviewing whether to permit them in the future.

Ultimately, these credit card issuers will have to make a decision on where it’s going to stand with the expansion of online gambling in the US. They can stick to their rules and choose to reject any transaction done on their time, or they can review their policies and take advantage of getting a slice of that potential $8 billion in expected yearly revenues.