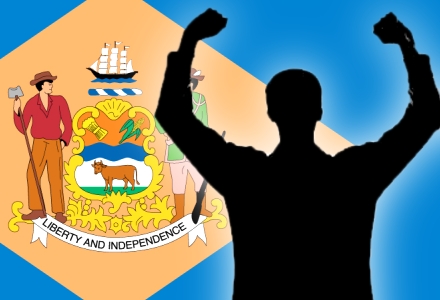 For all of the attention New Jersey’s November 26 launch date for online gambling is generating, Delaware is quietly preparing itself for its own real-money online poker launch on Halloween.

The October 31 launch date wasn’t so much of a surprise considering that the state has been working tirelessly to get all the systems up and running. The state took the first step to offering online gambling back in August with the launch of three video lottery casinos that were released on Facebook through IGT’s DoubleDown Casino. At that time, it was expected that it would take another two months before real-money online gambling would go live and guess what, that two-month time frame expires at the tail end of October, right in time for Halloween.

Once the real-money online gambling system, which will be run by Scientific Games and 888, is launched, Delaware would become the second state after Nevada to legalize online gambling, creating a watershed moment that would likely spread to other states in the coming years. Scientific Games will be tasked to handle administration, including player verifications and payment processing with 888 in charge of the state’s online poker and casino platforms.

As far as the games that will be made available to the state,  Delaware Lottery Director Vernon Kirk mentioned poker and slot machines as the first ones that will be offered. “We are kind of restricted right now because of the integration piece to our service provider, which is 888 Holdings,” Kirk told CardPlayer. “So we are restricted to those games for launch. They are working with other game content providers for integration, but it will still be awhile.”

Moving forward, the state is also planning to have some sort of interstate compacts with the two other states that have online gambling systems set-up. Nothing has come out of the talks as of yet, but discussions are already taking place among the three states on how best to proceed on sharing the wealth.

Regardless of the time it’s going to take to make other games available, the important thing is for the launch to go on without any hiccups. October 31 is shaping up to be an important day for Delaware and what happens after that will ultimately write the story on how much of a hit the state’s decision to offer real-money online gambling is going to be.