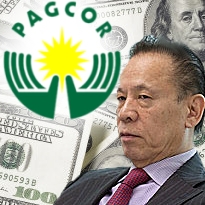 If at first you don’t succeed, try again.

That’s the attitude the Philippines’ Department of Justice is taking after it will once again summon Kazuo Okada to answer the criminal complaints filed against him regarding his alleged involvement in bribery and Anti-Dummy Law cases filed against him, his constituents, and his company, Universal Entertainment.

Technically, this is the first time that the DOJ will summon Okada. Before the preliminary investigation last October 17, the DOJ “invited” Okada to answer all the  violations filed against him and Universal Entertainment. Except that he wasn’t given a subpoena, because the DOJ has no jurisdiction to subpoena anybody with a known address abroad, which in this case is Japan. So, Okada didn’t attend and the DOJ was left wondering why it could’ve missed such an important detail.

This time, the agency and the National Bureau of Investigation did their homework, unearthing the business address of AGA Philippines, a company located at the Laguna Techno Park in Biñan, Laguna, of which Okada is part owner. Aha!

With this achievement, Senior Assistant State Prosecutor Deana Perez told reporters that the subpoena is expected to be issued as early as Friday.

During the previous preliminary investigation, two of Okada’s colleagues, specifically Tiger Resort Directors Ken Taura and Tetsutaro Shibata, were in attendance and submitted their counter affidavit, denying any and all allegations that have been slapped against them.