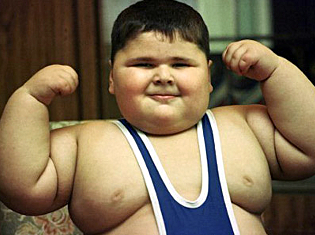 Bee Cave COO Jeremy Strauser – former GM of Zynga Poker – said the company’s titles had been certified by Gaming Laboratories International (GLI) to assure players that everything was on the up-and-up. Strauser told Venture Beat he was “really excited” to apply lessons learned in the play-money world to the real-money sector. “We think both sides are very complementary and will accelerate creating better experiences for each type.”

The view that the line separating social gaming from real-money gambling is growing blurrier isn’t necessarily shared by Paul Thelen, CEO of Seattle’s Big Fish Games, the first social casino company to utilize Betable’s real-money bolt-on backend in the UK. Thelen told attendees at this week’s GamesBeat 2013 conference in California that a “social casino is no more gambling than FarmVille or Candy Crush.”

Thelen said his company’s experience with real-money play in the UK taught him that “the psychographic needs that social gaming provides versus real-money gaming are completely different.” Thelen said social gamers are “hanging out with friends and they’re loving it, they’re doing cool social things. People in real money gaming, they want to win.”

Thelen had harsh words for newcomers to the social casino field, such as Caesars Entertainment, which acquired social outfits Playtika and Buffalo Studios over the past couple years. Thelen said the social casino field was all “about being fast and agile. Big people like Caesars can buy in. But that doesn’t mean growth.” Thelen also said companies like his “can be creative about things the real-money guys can’t think about.”

This last point was echoed by Betable’s Griffin, a longtime critic of real-money gambling’s reliance on endless variations of century-old games. Griffin suggested the big gambling firms were “pretty numb to being agile and innovative” and that the concept of viral mechanics was “totally foreign to the traditional gambling industry.” A little pushback came from Alex Kelly, CEO of social casino developer/publisher Playsino, who said it was “hard to deny the power these big players bring in.” The real-money gambling firms’ ability to migrate their extensive intellectual property holdings meant they have “a lot of traction.” You know, like a brontosaurus.