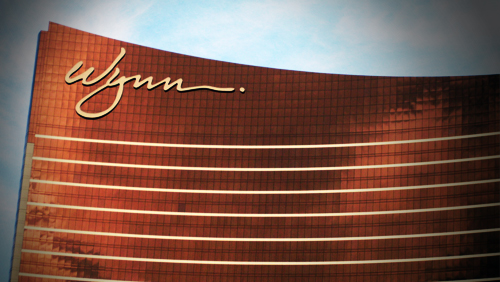 Yet, in a way, that seems to be what has happened to Steve Wynn, founder of Wynn Resorts (WYNN). In the US, Wynn has been overshadowed by rival Sheldon Adelson, head of Las Vegas Sands (LVS), contributor of hundreds of millions of dollars to political campaigns, scourge of online gambling, and far and away the richest American in the gambling industry. In Macau, Wynn Macau is a laggard in terms of market share, fighting MGM China to avoid last place among the enclave’s six licensed operators.

And yet, as noted above, Steve Wynn, and his company, really aren’t doing too badly. WYNN shares have almost doubled from their lows in the summer of 2012, hitting an all-time high this month before falling back after its third quarter earnings report this week. Market commentary generally noted the fact that Wynn’s earnings beat expectations; it was simply the run-up in shares – which have risen over thirty percent in less than three months – that appears to have caused a post-earnings sell-off.

But what Wynn’s third quarter report – issued ahead of those from competitors such as LVS, Melco Crown Entertainment (MPEL), and Galaxy Entertainment (GXYEY.PK) – shows is the benefits, and perils, of investing in Macau right now. To begin with, even Wynn’s lagging market share led to solid year-over-year growth in its Chinese operations. Revenues at Wynn Macau, the company’s 72.3 percent-owned subsidiary, rose nearly 10 percent from the year-prior quarter, according to a company press release. Pre-tax earnings at the property level rose over 12 percent, thanks in part to a shift from VIP gamblers to higher-margin “mass market” customers. Indeed, the 13.5 percent gain in table win from mass market customers outpaced the 9.8 percent growth in turnover from the VIP segment.

But the difference between the two groups remains stark. VIP hold for the quarter was 3.04 percent – above the expected range of 2.7-3.0%. But mass market win as a percentage of table drop was a stunning 38 percent – some twelve times the VIP hold. To be fair, as the company itself noted, mass market table drop does not include chips purchased at the casino cage. But what remains clear is that mass market customers are, on a per-dollar (or per-pataca) basis, are massively more profitable than their VIP counterparts. Meanwhile, hotel revenues continued to increase: REVPAR (revenue per available room) rose nearly 3 percent year-over-year to $297, thanks to both slightly higher room prices and slightly higher occupancy. (Occupancy rose from 94.2% in Q3 2012 to 95.8% in the most recent quarter.) All told, the key drivers for earnings growth in Macau – increasing mass market and ancillary revenue – boosted Wynn’s fortunes for the quarter.

But Wynn’s release also showed some basis for the fears facing Macau stocks, particularly for Wynn and MGM Resorts and Entertainment (MGM), which sit at the bottom of the market share rankings. To be sure, adjusted earnings per share rose 24 percent year-over-year; but much of that growth came from Macau. Las Vegas gaming revenues grew just 1.1 percent from last year’s third quarter, with half of that tiny growth coming from increased win percentage; adjusted pre-tax gaming earnings for the Wynn and Encore properties actually fell modestly from last year’s figure. Much of the profit improvement stateside came from hotel revenue (up 5 percent), food and beverage, and retail (up 20 percent year-over-year).

As such, Wynn is somewhat of an exemplar of the bull-versus-bear case for the three US operators currently in Macau: Wynn, LVS, and MGM. VIP growth rates have come down from the 40-50 percent growth rates seen earlier this decade. Operators there have attempted to mitigate the slowing VIP growth by adding mass market customers, and beginning to emphasize non-gaming revenue streams, which, in Macau, are a tiny fraction of overall revenues. These attempts, for the most part, are working; but there remains real fear that in the not-too-distant-future, overall growth in Macau will slow to the single-digit range, as the allure of new properties – among them Wynn’s – on the Cotai Strip diminishes and Macau visitor and gaming growth slows.

In the meantime, gaming revenue in Las Vegas remains basically flat, even for the higher-end properties operated by both Wynn and Las Vegas Sands. Despite that, the US-listed WYNN shares have outperformed Wynn Macau over the past twelve months:

This is a noticeable reversal from the past few years, when the Hong Kong-listed and Macau-facing subsidiaries of US companies such as Wynn and LVS consistently outperformed their US counterparts.

This brings up another issue for Wynn shares: their valuation after the recent run-up. Notably, WYNN is trading at some 24 times analyst estimates for 2014 earnings, compared to just 19 times for LVS, a larger company with better market share in both Las Vegas and Macau (and, of course, additional operations in Singapore and elsewhere). It’s simply hard to rationalize Wynn being given a higher multiple than LVS. To be sure, Wynn is exploring opportunities in Massachusetts and Pennsylvania; but Wynn himself noted on the post-earnings conference call that the recent rejection of Caesars Entertainment (CZR) in Massachusetts was created by a “freshman regulatory agency,” complaining that “we had to pay for this crap by the hour.” Meanwhile, the potential billion-dollar-plus price tag for Wynn’s proposed facility outside of Boston has already caused analysts to question (10) whether the competitive, nearly commoditized US market is worth such an investment.

All told, Wynn Resorts shows much of the good – ie, Asia – and the bad – ie, the US – in the land-based gambling business right now. The problem for shareholders is that, at a current all-time high, most of the good seems priced in, with little of the bad being considered. Steve Wynn’s history in the gambling business is just that: history. He is one of the greatest gambling moguls of all time. But, at the same time, Wynn is lagging in Macau, and seeing modest growth in the US. It’s hard to justify the stock, in that scenario, reaching an all-time high. To be sure, other Macau operators such as LVS and MGM face the same challenges. And that’s precisely the point: investors willing to face the risks in Macau and Las Vegas would be better off with LVS – 2nd in market share in Macau – or MGM – undergoing a massive balance sheet restructuring to lower interest costs and return to profitability – than Wynn. Wynn is a great company; unfortunately, at current prices, it’s no longer a great stock.