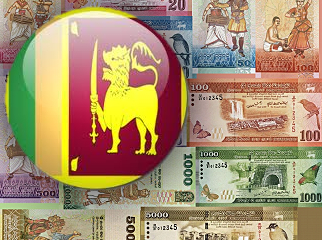 Hold on a second, James Packer. That glistening resort and casino you promised is still not a slam dunk yet. At least not until you promise to invest more into the country in other ways.

Those were the sentiments issued by Buddhist religious leaders and some political parties to the Crown chairman. The opposition to some of the finer points of the government’s agreement with the Australian gambling tycoon has led to the former conceding that it would look into the deal and make some necessary modifications if need be.

The project is still likely to take off, but it probably wouldn’t be as smooth as Packer had initially planned when it was announced that his company was already in detailed discussions with the Sri Lankan government and potential joint venture investors involving the development of a $400 million world-class resort and casino project that will be built on the banks of Beira Lake in the country’s capital of Colombo.

But apparently, calls from the opposition were strong enough to slow the government’s roll, and it now appears that certain amendments to the bill are likely to happen before the project is given the green light. Among the biggest calls involved amendments to be made on current tax set-up, which in so many words, was tilted largely in favor of the Australian gambling tycoon.

Previous reports indicated that the hotel portion of Crown Sri Lanka will not be required to pay any tax for the first 10 years under the country’s Strategic Development Project Act. After that first decade, the business would be required 6% tax, more than nothing but still half of what was imposed on similar businesses. On top of that, Packer’s establishment will also be exempt from value added tax, customs duty and other assorted fees and levies.

With the government facing immense pressure from religious and political leaders, it has decided to give the bill another go-round and make all the necessary amendments that it believes will appease all parties. “We will describe how we are going to grant tax concessions, like if it is from the gross revenue or net revenue. We will base the tax on the gross revenue and not on the net profit,” Lakshman Yapa Abeywardena, Sri Lanka’s Investment Promotion minister, told reporters earlier this week.

“The tax concession is on investment and not on the hotel operation. We will clarify all these in the new gazette.”

The second complaint from the opposition involved Packer being required to invest more into the country with new casinos being the only exception. That wrinkle seems to have been agreed upon already after Abeywardena said he had already expressed a willingness to bring in more investments to go along with the resort and casino project.

All these expected modifications to the bill is likely to delay the project again, with no timetable set on how long this one’s going to last.