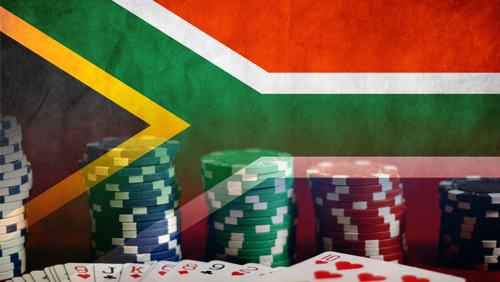 There have only been a handful of occasions that I have seriously thought my time was up, and they have all involved tax rides whilst working at poker tournaments. I always think they are going to kidnap and bugger me in some Hostel style way, and so when I got the nod to work at the Season XI World Poker Tour (WPT) in Johannesburg, and overheard a poker player saying it was one of the most dangerous cities in the world, I confess…I panicked.

So you can imagine my concern when I arrive at midnight and my pre-arranged ride to the hotel didn’t show. I spent the next 30-minutes praying that it did, whilst simultaneously thin-slicing the remaining taxi drivers trying to disseminate the killers from the normal folk.

I did live to tell the tale, and can reliably inform anyone who wants to play at the Emperors Palace Casino that it’s a five-minute taxi ride at the most. It’s a stunning casino and resort complex that calls itself The Vegas of Africa, and it wouldn’t look out of place on the strip of Sin City.

One piece of advice that I can offer you about Johannesburg. Do not come to this place if you are undergoing an eight week liver cleanse detox. I did, and it was tough. To say these guys like their meat is the understatement of the century.

I survived, quite literally, by stealing as much fruit, boiled eggs and rye bread as I could from the free breakfast buffet. This is a trick that I often deploy at most stops because I can’t afford to spend my wages on the fabulous eateries that surround me.

I wasn’t in Johannesburg by accident. Four years ago I created a bucket list and one of my dreams was to go on an African safari. When I saw the new stop I reached out to the WPT to see if they could make my dream come true and they kindly agreed. Only I never got to see a safari. In fact, I never got to see anything other than an airport, my hotel room and the casino.

My friends and family think I lead the most amazing life because my Facebook status always shows me in a different country, and it is an amazing life. Something that I am grateful for every day, but it can also be a grind, and last season Joberg was just that.

The WPT organized visits to the Apartheid Museum and also to a lion park. I got excited until I realized that I couldn’t attend because the trips clashed with my work. Fortunately, I have learned from my lesson and this year I have booked a four-day safari before the tournament begins. I am more worried about being eaten alive by taxi drivers than any of the big five.

If you work on the poker circuit it can consume you if you are not careful. The tours are stitched together so tightly that time vanishes. Preparation becomes a luxury you simply cannot afford. So it is important to remember how fortunate we are. Would I ever have gotten my act together to go on a four-day safari had I not been working in Joberg? Take advantage of your travels and take time away from the poker tournament. Live a little.

One of the problems when you are working at an event like Joberg is the lack of player knowledge. It was being rolled out in its inaugural year and most of the pros skipped it, tending instead to wait for feedback before making a decision for season XII onwards.

So I made it my duty to hang around as many famous faces as I could. Chris Moneymaker, Joe Cada, McLean Karr, Liv Boeree, Melanie Weisner and Dominik Nitsche were the main names scribbled on my supermarket notebook during the early days of the tournament.

Jerome Bradpiece was another familiar player who was at the event. I later learned that he was actually born in South Africa and had family in the area. When you are working at an event on the other side of the globe it always helps to have a friendly face.

The local people were amazing. Gary Lentin from ShuffleUpPoker was like my very own genie in the bottle, and I don’t know what I would have done without Miguel Caetano and Caitlin Fox, the local talent who knew every single player and helped me immensely during my time there.

The players were an absolute riot. So much fun. The atmosphere was something you would expect in a pub poker league, and this is what makes it such a great WPT event for professional poker players to play in. Especially, if they have a goal of joining the WPT Champions Club.

I got very lucky that week because Dominik Nitsche and Jerome Bradpiece ended up heads-up for the title. I first saw Nitsche when I worked at my very first gig at EPT Vienna the year Michael Eiler won.

“He’s a great player.” Said Dana Immanuel at the time.

That’s how it works in poker blogging. Someone picks them out from the crowd, and you gratefully write about them at every event you attend. Sometimes the story goes out of the window, as you write about Dominik Nitsche and his amazing folds, just because you don’t know anybody else’s name.

These days Dominik is a friend. I have a soft spot for him and always want to father him. God, I am getting old. When he made it to heads up I really wanted him to win. I really like Jerome also, but I know Nitsche on a more personal note, plus at the time, there was nobody working harder on the live tournament circuit than the skinny German. If anybody deserved a title it was Dom.

The heads-up phase of the action was a great example of how lonely poker can become even when you are peaking in your career. As a one man band I am incredibly busy at the best of times, but the final tables is the busiest for me. I am trying to record every detail of every hand, insert photos and make sure I spell the likes of Bodo Sbrzesny without making any mistakes.

Dom kept coming over to talk to me in between breaks. Normally, I just ignore players – even if they are close friends – but I gave more time than usual on this occasion. I could see how much this meant to him. He was a bundle of nervousness and excitement. And yet here he was – all alone.

When the last hand is played it’s my job to get that hand out to the world as quickly as possible. This time I broke the rules. Jerome raised to 160k, Nitsche looked at his cards and declared he was all-in; Bradpiece did the double check and then made the call. It was a resigned call…not confident in the slightest.

It was [Ac] [4c] for Nitsche and [Jc] [Tc] for Bradpiece. Nitsche stood up and slid his hood from his greasy mop. Bradpiece removed his sunglasses for the first time in the tournament and perched them on top of his t-shirt so they could get a better view of the cards, folded his arms and waited for the dealer to get on and do his job.

Nitsche picked up a straight draw.

Bradpiece had given up. Nitsche just stared at the board.

I wasn’t looking at the river. Instead I was staring at Nitsche. I had a memory. It was my son dressed as Dracula on stage at a fancy dress party in Fishguard Harbor. There was a man on the microphone and he was about to announce the winner. I looked at my son from the bar, and nearly cried when I saw him cross both his fingers and pray to the Gods, “please…please…please…please,” said my little boy.

“Yes.” He said with his fists clenched.

It was a reserved, almost muted cheer, as if he was keeping it together in front of the audience, and yet I could hear the butterfly’s wings flapping from across the room. In that moment I doubt he had ever been happier in his life. In that moment he stood alone. So I walked over to him and gave him the biggest hug of his life.