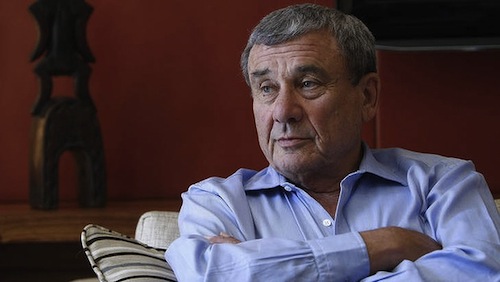 South African casino mogul Sol Kerzner is taking his vast fortune east after announcing his plans to build a $1.6 billion resort in Sanya, a location in the southern part of China’s popular Hainan island.

Hainan has been on the radar of a number of casino operators, including MGM Resorts and Caesars Entertainment, in large part because the destination spot has long been touted as a place where China could legalize casino gambling. That apparently caught the attention of Kerzner, who then wasted little time establishing a presence in the holiday island. Kerzner has even partnered with Chinese conglomerate Fosun International to bring his famed resorts chain, Atlantis, to Sanya, which will be predictably called “Atlantis Sanya”

The $1.6 billion resort is expected to add another sparking destination spot in Hainan, which has become a popular tourist destination in its own right despite operating under a gambling ban that forbids any type of gambling in the island. Initial plans for the resort will call for it to include a 1,300-room luxury hotel and a water park. A casino isn’t in the immediate plans, but it’s worth noting that in the event China lifts the gambling ban in the island, Atlantis Sanya could be one of the first in line to secure a license by virtue of the infrastructure already being in place by that time.

That being said, Kezner isn’t building the resort with the hope of adding a casino in the future. It’s all about having a presence in the fast growing tourist destination. “We have been very successful with and without gaming within our business,” Kezner chief executive Alan Leibman told Reuters. “It is nothing we have anticipated in why we are building Atlantis in Hainan.”

The Atlantis brand is well-regarded as one of the finest hotel chains in the world, a pride and joy for Kerzner, who himself rose to prominence after building the Sun City empire back in 1979. Since then, the billionaire is also responsible for developing and operating the Atlantis casino resort in the Bahamas and Atlantis hotel on Dubai’s artificial Palm Island.

Atlantis Sanya is expected to be built on Haitang Bay, a 22-kilometer strip of white sand that will also give rise to as many as 30 hotel developments in the next five years. The resort is also Kerzner’s first venture in China with a timeline to open in 2016.