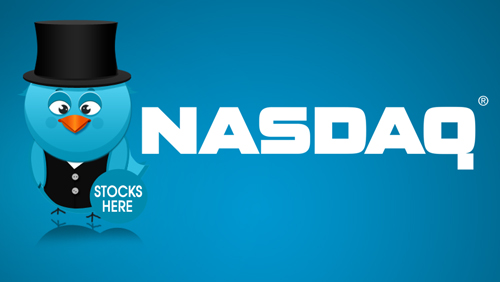 Our S-1 will be filed publicly with the SEC momentarily. This Tweet does not constitute an offer of any securities for sale.

Last week, the microblogging site Twitter publicly disclosed its registration statement for an initial public offering (the company had announced – via tweet, of course – that it had filed the documents last month, but they remained confidential until last Thursday under the provisions of the recently passed JOBS Act in the US). For the first time, public investors can see the financial figures at the company, and, possibly as soon as Thanksgiving, buy shares in a company that has truly become a cultural phenomenon.

To be sure, Twitter is not in the gambling business; beyond modest use by companies, analysts, and commentators (including yours truly) its importance to the industry appears somewhat limited. Twitter seems unlikely to support an iGaming platform, either in the US or elsewhere; its 140-character limit and modest feature set would similarly preclude any social gaming application. But Twitter’s recent rise – and future challenges – mirror the growth, and fears, seen in the online gambling and social gaming worlds.

It is worth pointing out up front that much of the details surrounding the Twitter IPO remain undecided. The company will trade under stock symbol TWTR (TWIT perhaps having too negative a connotation), but the exchange is not yet decided. Typically, a tech firm like Twitter would list on the NASDAQ exchange in the US, but that exchange saw a number of glitches in last year’s IPO of Facebook (FB), which may give Twitter and its Wall Street handlers pause. Similarly, the IPO price and date have not yet been determined. According to the New York Times, the company would like to have its offering completed by the end of November, but if markets decline over the next few weeks – a distinct possibility, as the paper noted, given the current government shutdown in the US and its recent unsettling effect on American markets – it could delay the offering until early next year. (Similar rumors surrounded Facebook’s offering, though the transaction was eventually completed on schedule.) In its S-1 filing with the U.S. Securities and Exchange Commission (you can read the filing here), Twitter itself has assigned itself a fair value of $20.62 per share. Depending on how many shares are outstanding, this means the company values itself between $10 and $13 billion; Bloomberg quoted sources maintaining that some 620 million shares are already outstanding (sold to private investors in funding rounds or granted to employees), while the statement itself claimed just 474 million. (Later amendments will likely clarify the issue; Facebook amended its own registration statement eight times, and Twitter has done so three times during its confidential period.) But Bloomberg also quoted a number of analysts who predicted the company, post-IPO, would be worth over $20 billion, with a likely debut price in the range of $28 to $30 per share.

Is that valuation at all justified? $20 billion for a service that is essentially text-based (with a few pictures) and has seemingly little room to expand outward seems, at first glance, awfully high. Facebook at least had the promise of moving into adjacent areas such as e-commerce (through initiatives such as its since-canceled “Deals” service, a competitor to Groupon (GRPN)), or even real-money gambling.

But it’s worth noting that similar hand-wringing accompanied the Facebook IPO, which valued the company at nearly $90 billion; but after the stock fell by half in roughly four months, it rebounded sharply. Facebook is now worth over $120 billion, more than behemoths such as Walt Disney (DIS), The Home Depot (HD), and McDonald’s (MCD). And like Facebook at the time of its IPO, Twitter’s revenue growth has been exceptional; according to the S-1, net sales nearly tripled from 2011 to 2012, and doubled in the first half of this year compared to H1 2012. Monthly active users (MAUs) rose nearly 40% year-over-year in the most recent quarter, while timeline views better than doubled from the first quarter of 2012 to the second quarter of 2013. (Still, Twitter’s 215 million MAUs are dwarfed by Facebook’s 1.15 billion-strong user base.)

Importantly, Twitter appears to be showing strength in an area that was a serious concern for Facebook and is a key battleground in the online gambling and social gaming worlds: mobile usage. In the prospectus, Twitter writes that “mobile has become the primary driver of our business,” noting that 75 percent of users accessed Twitter from mobile, and 65 percent of advertising revenues were generated on those devices. This stands in sharp contrast to Facebook, which noted in its May 2012 prospectus that “we do not currently generate any meaningful revenue from the use of Facebook mobile products.” Fortunately for Facebook investors, that would soon change; indeed, mobile success has been a key driver of strong recent earnings reports that have driven FB shares higher. The importance of the space to social gaming players – note too that Zynga (ZNGA) has struggled to monetize its mobile player base – is reminiscent of its ability to create growth for online gambling companies of late. European companies such as Paddy Power (PAP.L) that have emphasized mobile usage have prospered; outfits that have lagged in mobile development, such as bwin.Party Digital Entertainment (BPTY.L) and Ladbrokes (LAD.L), have paid the price in lower earnings and declining share prices.

Twitter’s overall growth strategy, as detailed in the S-1, includes, but is not limited, to accelerating mobile adoption. The company is seeking to expand internationally, where it has so far struggled to match its revenue numbers from the U.S. In the most recent quarter, 77 percent of Twitter users came from outside the US, but international revenue accounted for just 25 percent of sales. (As an aside, the user figure would appear to mean that 50 million Americans have Twitter accounts, less than one-sixth of the population, perhaps allowing for continued US growth.) But US users also access the site more frequently, and Twitter’s international difficulties were defined by one statistic: Twitter generated $2.17 in advertising revenue per timeline view from American users, and just $0.30 per timeline view from consumers in the rest of the world. (The company defines a ‘timeline view’ as a visit, a refresh, or a search query.) As in the challenge of mobile, the divergence between US and international players has been seen in social gaming as well; as Zynga noted in its most recent quarterly filing with the SEC, “international players have historically monetized at a lower level” than their American counterparts.

Twitter is also seeking to make (likely minor) acquisitions and is investing heavily in its platform; research and development spending was $111 million in the first half of 2013, barely less than the $119 million spent in all of 2012 and up dramatically from $29 million in full-year 2010. This is the cost of doing business in the online industry – whether iGaming or social networking; when there is essentially no economic “moat” to protect oneself from competitors, innovation is a must to maintain market share and user engagement. (Again, see bwin.Party and Ladbrokes.)

All told, Twitter’s online strategies and challenges, in many ways, reflect those seen in the online gambling and social gaming industries. But, of course, that doesn’t answer the big question: how will the largest, most-covered IPO of 2013 (hopefully) turn out? It’s not always easy to predict; simply witness my well-written, extensively researched, and completely and totally incorrect call on Facebook’s IPO last year.  It would seem likely that if the markets return to their relative complacency of the last two years, after a deal is made between the GOP and President Obama on the government shutdown and the impending “debt ceiling,” that an optimistic market would move Twitter shares up. After all, there is great potential here: the algorithms Twitter uses provide for extensive micro-targeting based on not only user posts but their searches, re-tweets, and followers. There is likely no other company – not even Facebook or Google (GOOG) – that can offer advertising to consumers at such a unique, granular level. Spend continues to move online – albeit at a slower rate than most have predicted – so Twitter could easily gain significant market share in a growing market. That would lead to continued hypergrowth in revenue, and a reversal of the company’s current losses into massive profits.

Of course, there are also several challenges facing the company: the difficulty in monetizing mobile and international users (note that even though mobile dominates in terms of overall revenue generation, desktop users are more profitable on a per-user basis, representing one-quarter of users but generating over one-third of revenue), potential competition, even user fatigue. Huge potential, and the need to navigate difficult risk: it’s just one more way that Twitter’s business model and future seem so similar to its iGaming and social gaming counterparts.

Bwin.party News: Lord Moonie Steps Down From the Board; WPT National Series Barcelona a Success and Sponsorship Deal Secured With BC Oostende
Lee Davy
16 October 2013

The Effect of US iGaming on Casino Operators
Vince Martin
25 February 2013
.