Home / Business / Sportech eyes US online opportunities, but it may have to get in line in New Jersey 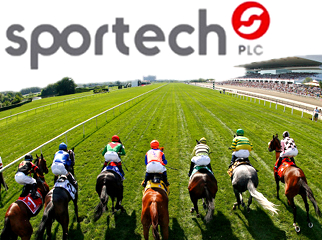 Racing and pool-betting operator Sportech PLC reported a slight dip in overall revenue in the first six months of 2013 as its US operations outperformed those in its home UK market. Revenue fell £700k to £57.7m, while earnings fell to £11.8m from £12.6m and profit after tax fell to £1.3m from £2.1m.

Sportech’s Playtech-powered UK-facing online gambling operations saw H1 revenue rise 8% to £2.8m but earnings went from £700k last year to a £700k loss in 2013. The “disappointing” performance was blamed on 2012’s brand and platform migrations that eroded Sportech’s customer base, necessitating an increased marketing spend. This marketing push resulted in good growth in both active players and first-time depositors, but Sportech generated a “low yield” from these players. Sportech’s football pools saw a net loss of 44k players, pushing revenues down £1.7m to £20m and earnings down £500k to £8.2m.

Sportech Racing’s predominantly US-facing operations – it also has a presence in Germany and the Netherlands – generated revenue of £34.3m (+2%) and earnings of £6.1m (+22%), representing 40% of Sportech’s operational earnings. The company holds race betting licenses in 26 US states and is looking to leverage its familiarity with local regulators to take advantage of the online gambling liberalization underway in some of those jurisdictions. CEO Ian Penrose says the company is talking with several software companies about expanding its scope from “primarily a US racing and technology business” to include online casino gambling options.

Then, just for fun, Casino Connection AC (the official online publication of AC’s casino biz) tweeted a rumor that Malaysian casino operator Genting was “checking out” Revel, the only other AC casino besides the Atlantic Club yet to announce an online partnership. Genting already operates a highly profitable Resorts World casino across the border in New York and it has been suggested (by this site) that Genting is the unidentified Asian sugar daddy behind 2UP Gaming’s plan to buy/build an AC casino to get in on the state’s online action. Whether there’s a shred of truth in any of the above rumours remains to be seen, but with time ticking away, the answers can’t be far off.