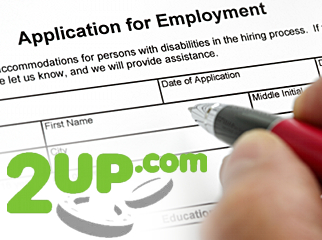 New Jersey’s Division of Gaming Enforcement (DGE) says 37 companies have submitted applications to participate in the state’s online gambling market, which is tentatively set to ‘go live’ on Nov. 23. All 12 Atlantic City casinos have already expressed their intention to open an online gambling operation and the DGE had set a deadline of July 29 for service providers to declare their own intentions if they wanted to be assured of receiving approval ahead of that November launch date.

The DGE declined to publish a list identifying all 37 firms by name, saying only that it would reveal their identities as their individual license applications are approved or denied. These 37 firms will range from software providers to payment processing outfits and other technical support firms. While many of the software providers have already made public their partnerships with AC casinos, others are using the occasion to trumpet their ability to meet a deadline.

Australian slots developer Ainsworth Game Technology (AGT) took to the PR wires to announce it had got its application in under the wire. Ainsworth has a deal with GameAccount Network to distribute at least 10 AGT slots titles, while GameAccount is rumored to be providing casino game technology to UK betting exchange Betfair, which has a partnership in place with AC’s Trump Plaza casino. Meanwhile, Philadelphia-based KGM Gaming announced it had filed to act as a remote content server for New Jersey’s online market, and was in negotiations with six AC casinos to furnish casino games (via a license with Spin Games) for both home and mobile access.

2UP GAMING WANTS TOTAL CONTROL
Also getting their application in on time was 2UP Gaming PLC, which made headlines last week with its somewhat vague commitment to either buy or build an AC casino with the help of a $330m cash injection from an unidentified Asian backer. Managing director Vincent Crandon, who also serves as MD of project finance firm MidOil USA, said 2UP was seeking “total control” of its New Jersey endeavor. Crandon told eGamingReview that the company didn’t want to “limit ourselves” by partnering with existing casino management which might have different strategic goals.

Crandon suggested that 2UP’s €25m acquisition earlier this year of the operations of Curacao-licensed DBG Poker Group – which included a live dealer casino product – would help differentiate 2UP’s offering in New Jersey’s online market. Crandon called the live dealer offering “our big USP – no one else is trying to do this in the US market yet.” Crandon also stated that 2UP was looking beyond New Jersey for other US state-level opportunities.

As for the identity of that mysterious Asian sugar daddy, Crandon played coy, but hinted that it was a casino firm, noting that the deal 2UP had worked out would bring “a new group of patrons” to AC’s shores. Not for nothing, but Malaysian operator Genting, which always appears up for expansion, continues to put down US roots, including developing a Resorts World facility in Las Vegas on the site of the failed Echelon project. And despite having opened just two years ago, Genting’s Resorts World New York has earned a reputation as the most lucrative slots-only operation in the country. Nonetheless, could Genting be impatient to get in on the east coast table games action that an Atlantic City casino would provide?