Home / Business / Investing The Hard Way: Whether – And How – To Invest In Genting

Over the past two weeks I’ve looked at opportunities for investors to gain exposure to gambling in Asia outside of the dominant market of Macau. Last week, I argued for caution in Korea; the week before, I covered two high-risk, high-reward plays in Cambodia.

Of course, the most dominant player in Asian gambling outside of Macau is likely Genting, the Malaysian multinational corporation whose reach extends beyond gaming to oil & gas, palm oil production, cruise lines and more. According to the company, the five public companies that operate under the Genting banner were worth a combined $41 billion as of April 30, a market value that nears that of Las Vegas Sands (LVS). Unfortunately, for investors, Genting’s corporate structure is a bit confusing and a bit unwieldy:

Genting Berhad (GEBEY.PK) is the holding company, with interests across the company’s vast reach. For investors, the complicated structure and the diversification of the holdings is actually a minus; simply researching the profit potential of Genting’s corporate parent requires knowledge of vastly different industries and geographies, from a New York casino to property development activities in Malaysia and Singapore. The company’s dominance in Malaysia also makes it susceptible to political and economic risk; the stock gained 8 percent in four trading days earlier this month simply due to the election victory by the ruling National Front coalition. Genting Plantations Berhad (2291.KL) runs the company’s palm oil production and property development activities; investment in that stock requires knowledge well beyond that of even most experienced Wall Street analysts. 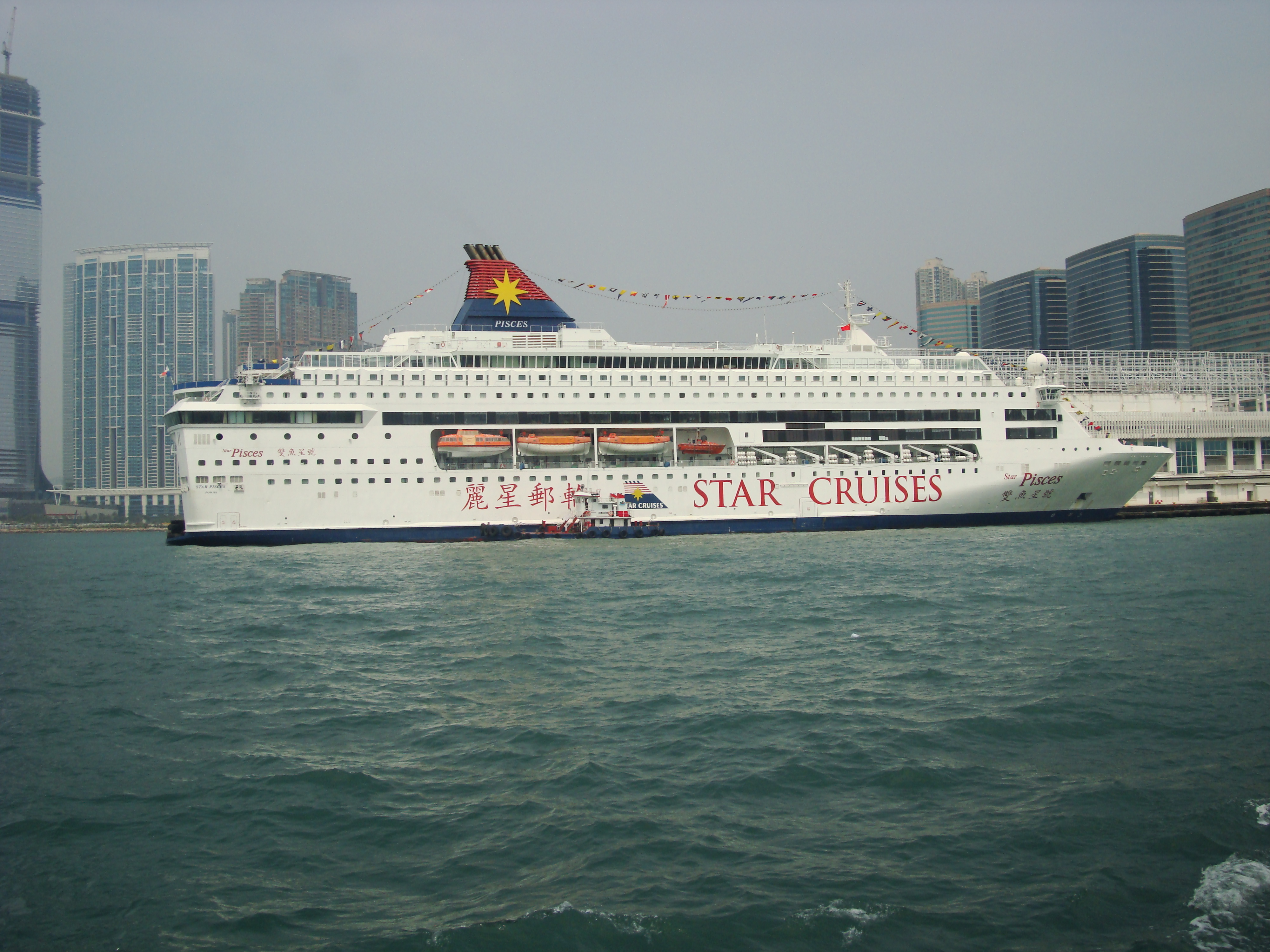 Genting Hong Kong stock seems reasonably valued; it trades at less than 20x 2012 full-year earnings, with a number of growth opportunities. But a sum-of-the-parts analysis would appear to show a deeply undervalued stock. Shares of NCLH have risen from a $19 initial price in January to $32.15 as of this writing; Genting HK’s ownership stake in Norwegian alone is worth $2.8 billion at current levels. Relative to Genting Hong Kong’s $3.9 billion market capitalization on the Hong Kong exchange, that leaves a market value of just $1.1 billion for Star Asia and the company’s 50 percent interest in Resorts World Manila, net of the company’s debt. Yet the Manila casino posted pre-tax income of $235 million in 2012, according to the company’s annual report; at a conservative multiple 8x that income, Genting HK’s one-half stake in RWM is worth close to $1 billion on its own. With net debt of just $400 million, that leaves Star Asia as worth only $500 million; yet it created pre-tax income of $120 million in 2012 (again, according to the annual report).

The problem for gambling-focused investors is that Genting Hong Kong is hardly a pure play on the Philippine casino; by any measure, the company’s stake in Resorts World Manila is worth no more than one-third of the company’s total value, with the remainder being supported by the company’s cruise operations. Yet Manila has become a solid secondary market in Asia, aiming for a solid third place behind Singapore and, of course, Macau. Net income at the property rose 43 percent year-over-year in 2012; the Asian gambling market continues to grow, promising continued growth, if at lower levels. Based on the strength of the cruise operations, the company’s ownership of a valuable property in Manila seems to be undervalued. The joint venture between Genting HK and Alliance Global – known as Travellers International – is planning an initial public offering of its own later this year. Investors can buy direct ownership of RWM through the IPO, and eliminate the distortion from the cruise business. But it seems likely that a Travellers IPO, which would give a clear market value to Genting HK’s stake in RWM, will instead highlight the fact that Genting HK’s three business lines are being valued less together than they would be separately. Given that the IPO will release only a minority stake in Travellers for a reported price of over $500 million, Genting HK’s shares of Travellers could easily have a market value approaching $1 billion USD. Add that to the $2.8 billion market value of the company’s ownership in Norwegian, and the Star Asia group is being valued at roughly half a billion dollars; well below its true value on any measure. If the cruise business holds up, and the Entertainment City project in Manila continues as planned, Genting Hong Kong shares look set to rise. 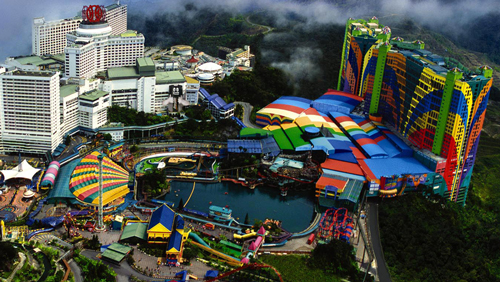 Genting Malaysia Berhad (GMALF.PK) is another Genting subsidiary, whose legacy business is operating the Resorts World Genting and two other properties in Malaysia. But the segment also controls the company’s operations in New York City and the UK. The New York site was the largest-grossing casino in America in 2012, with gross gaming revenue of $638 million last year. According to the company website, the subsidiary is also the owner of 19 acres in Miami, originally slated for casino development; those plans appear to have been foiled by an intransigent state legislature. In the UK, Genting Malaysia operates 6 casinos in London and an additional 37 regional properties in the country, with a new major development in Birmingham slated to open in 2015.

2012 growth was impressive; excluding the effects of construction at the NYC site (which boosted 2011 revenue), Genting Malaysia brought in 17% more in 2012 than the year prior. The company has substantial net cash – roughly 2.2 billion RM (Malaysian ringgits), or 730 million USD – nearly 10 percent of its market capitalization of about $7.7 billion. Excluding that cash, GMB is selling at roughly 8.5 times its trailing adjusted pre-tax income, compared to a multiple of 12 at Las Vegas Sands.

The US and UK operations will likely see lower growth going forward; much of the 2012 growth came from the fact that Resorts World New York provided 12 months of revenues, as opposed to barely two months the year before. So Genting Malaysia’s performance will, fittingly, come down to the performance in Malaysia. The company saw weak hold in 2012, hurting sales and profits. If that returns to normal, and if Malaysia proves to be a significant competitor for Chinese VIPs, then this Genting subsidiary may see strong returns as well.

The final gambling-focused subsidiary is Genting Singapore (GIGNY.PK), and, from a valuation standpoint, it appears to be the weakest. Shares fell eight percent earlier this month after first quarter earnings came in well below expectations, and they remain roughly flat year-to-date despite strength in the broad market, and, in particular, in gambling shares. Singapore has proven to be a somewhat disappointing market – even LVS continues to struggle to create growth – and while the first quarter results were in part a result of weaker hold, the overall trend remains murky. Yet the stock still trades at some 35 times earnings, which values Resorts World Sentosa at a far higher multiple than other Genting properties in the region. Given some political uncertainty – the amended Casino Control Act in the country would provide “mega-fines” of up to 10% of a full year’s gross gambling revenue for violations concerning the country’s entry fees for local gamblers – and intense competition in the region, it’s not immediately apparent why Sentosa deserves such a premium level. Add in the fact that Las Vegas Sands is clearly outperforming its main rival in the country, and Genting Singapore appears to be both the lesser stock in Singapore and in the Genting Group.