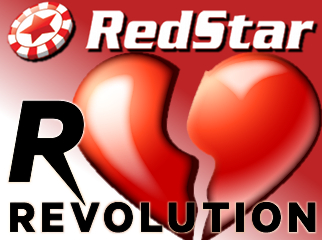 Malta-licensed, Eastern Europe-focused online poker site Red Star Poker has left its home on the flailing Revolution Gaming network in favor of a spot on Microgaming’s MPN. PokerAffiliateSolutions reported receiving an affiliate notice from the poker site saying the move was effective Tuesday (20). Red Star already had a relationship with Microgaming’s Quickfire casino offering, so the switcheroo only brings the two parties closer together. Red Star’s legacy US players will not be allowed to play on the new MPN site.

While Red Star offered no reason for the change, the Revolution network’s woes are hardly a Wikileaks-worthy secret, despite the recent decision by the network’s flagship site Lock Poker to reduce the flow of negative online chatter by shuttering its dedicated forum on the popular 2+2 site. While Red Star utilized its own cashier and was therefore spared the worst of the payout shenanigans endured by other Revolution skins, more and more sites appear eager to find ways to avoid showing up in a stream of negative Revolution-related Google search results.

Revolution skin Intertops also utilizes its own cashier and has managed to maintain its reputation as a dependable poker site, despite widespread speculation Intertops is owed a serious sum in reconciliation payments from Revolution. But earlier this month, Intertops warned its players that it would be segregating all cash games $2/$4 and higher from the rest of Revolution, as well as all Sit n Gos above a $20 buy-in. Intertops also decided to opt out of all Revolution tournaments with a guarantee higher than $1k.

Intertops didn’t mince words as to the justification behind this decision, saying it wished to “continue to guarantee our players their funds” and that it had “finished paying for the mistakes of others.” In July, Intertops began auditing all cash game and SNG winnings to ensure players on other Revolution skins weren’t chip-dumping to Intertops players in order to take advantage of a cashier that actually functioned as advertised. Revolution’s immediate response to Intertops’ segregation missive was to cut the guarantees on its Sunday tournaments, with the $75k Guaranteed reduced to $60k and the $25k Superstack reduced to $20k. 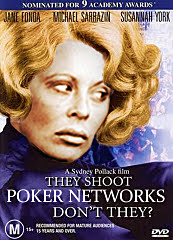 Intertops’ move followed the announcement in late June by Curacao-licensed Revolution skin ComeOn that it was halting poker withdrawals until the network honored its overdue reconciliation payments. That followed two other skins – ZetPoker and AdamEve Poker – closing their doors after voicing similar complaints, although ZetPoker relaunched its operations shortly thereafter. PokerAffiliateSolutions’ most recent online poker payment processing report gave Intertops an A- rating while Lock Poker received an F, thanks to an estimated $200k in pending withdrawal requests over 60 days old. Average Western Union withdrawals are reportedly taking 4-5 months to process, while some poor sods have been waiting on checks as long as 7-8 months.

While in no way seeking to add to or make light of the hardships inflicted upon Revolution’s long-suffering players, we’ve managed to obtain the blueprints drawn up by Revolution boss Jen Larson (pictured left) for the network’s new method of selecting which of its players will be the lucky recipients of a coveted payout. Spoiler alert: it doesn’t end well.