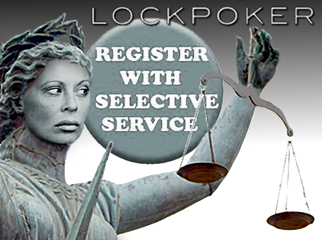 Troubled online poker network Revolution Gaming’s experiment with player segregation appears to have bitten the dust. Earlier this year, Revolution introduced so-called Fair Play Technology (FPT), which carved up the network’s liquidity into two distinct groups of tables: strong and weak. But this week, ProfessionalRakeBack.com reported that Revolution has removed FPT across all its partnered skins, with the exception of games of $0.50/$1 and up on Revolution’s flagship site Lock Poker, which remain segregated from the other skins. The stated rationale behind Fair Play was protecting Revolution’s recreational players, but its chief result was a dramatic dip in Revolution’s liquidity, so fish be damned.

The about-face on FPT just three months after its introduction is but the latest signal that Revolution’s brain trust is flailing wildly as it attempts to stave off bankruptcy. Last week, Revolution skin ZetPoker abruptly closed its doors, claiming it hadn’t received “any player settlements from the network/operator for some time.” AdamEvePoker closed its doors April 1, citing similar frustrations with getting paid from Revolution. Unlike AdamEvePoker, ZetPoker miraculously reopened over the weekend, blaming its weeklong closure on the fact that “skin to skin settlements were not done in a timely manor [sic].”

LOCK PLAYS/PAYS FAVORITES
While the vast majority of Lock Poker players have been waiting on payouts about as long as America has been waiting for Dick Cheney to apologize for the whole Iraq thing, Lock has been processing withdrawals for players who frequent the CardsChat forum. In May, a helpful CardsChat moderator began soliciting Lock player info, which was then apparently submitted to Lock staff, and – voila – payments began magically appearing in player’s hands.

While this is undoubtedly good news for those players lucky enough to hop aboard the last helicopter out of Saigon before the NVA tanks rolled into town, many other players were quick to cite their outrage at Lock’s willingness to selectively prioritize some players’ withdrawal requests while ignoring others who have been waiting much longer for much larger sums. Once word got out that CardsChat knew the secret handshake, the mod posted the following notice: “If you just joined Cardschat to get your Lock withdrawal processed – I can kind of see through that. However, if you become an active member of the forum I will assist you at a later date.”

Poker blogger John Mehaffey theorized that Lock’s favoritism toward CardsChat players was intended to maintain the illusion of being a responsible poker site on a forum where Lock’s reputation had yet to sink to the level of pond scum. Lock appears all too aware that there’s little profit for the site in making things right with the pissed off legions of players on the 2+2 forum who, even if they were to receive their long overdue payments, would never again trust their deposits with Lock CEO Jennifer Larson.