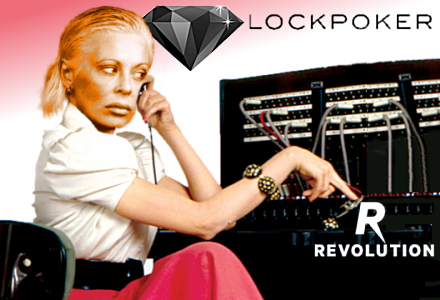 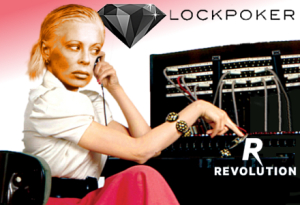 Online poker room 5050Poker issued a statement this week saying it had decided “to establish a balance sheet for liquidation purposes.” The move follows the Microgaming Poker Network’s decision to (initially) limit 5050Poker’s players to a maximum of two simultaneous tables (from their previous limit of 10) and then to suspend 5050Poker from the network for an unspecified material breach of its contract. 5050Poker claims this “unethical conduct” by Microgaming has “severely restricted” 5050Poker’s “ability to operate in a businesslike way,” creating a situation in which 5050Poker’s “assets and liabilities are likely to be in such an imbalance” that its Board sees no other alternative but to liquidate. 5050Poker claims to be investigating “the possibility of making financial demands of Microgaming” for the damage caused.

It’s another black eye for 5050Poker’s regulator, the Malta Lotteries and Gaming Authority (LGA), which still hasn’t commented on the recent liquidation of another LGA licensee, Purple Lounge. Lock Poker, the online poker site that used to proudly (albeit without authorization) display an LGA logo on its home page before Lock acquired selected assets of the Cake Poker Network and morphed into the Revolution Gaming Network, is generating its own share of bad press. Shortly after the Revolution rebranding, newsgroups were flooded with customers reporting their deposits and winnings weren’t being reflected in their account balances. Their frustration was exacerbated by the lacklustre response from Revolution customer support regarding these players’ concerns over the wonky software.

COSTLY PER ACQUISITION
Now affiliates are adding their voices to the chorus of complaints. Last Sunday, Poker Affiliate Listings senior member ‘Stillshadow’ posted that he’d noticed his most recent payment from Lock was “substantially lower than it should have been.” Upon closer inspection, the statement from Lock was found to contain a four-figure deduction for a player chargeback. Stillshadow was on a CPA (cost per acquisition) deal with Lock rather than a revenue sharing agreement, but Stillshadow was being hit with the full amount of the chargeback – a sum roughly 11 times the amount Stillshadow stood to earn from steering the player to Lock.

Being saddled with the full amount of the chargeback, rather than simply having his CPA for this particular player clawed back, struck Stillshadow as unfair, especially since there was no mention of such a policy in Lock’s terms and conditions. When Stillshadow finally managed to get a response from a Lock rep on why the company had decided on a policy that no other affiliate program deemed appropriate, Stillshadow says Lock essentially told him “Well, we aren’t everybody else.”

GRAND LARSONY
On Saturday, Stillshadow posted an email sent to him by none other than Lock/Revolution CEO Jennifer Larson (pictured above, hard at work disconnecting irate callers). Jen had written to complain that Stillshadow had been “slamming [Lock] on the forums and just being overall disrespectful” and that based on these actions and the “overall stress” Lock’s absentee reps Shane and Gerry were suffering as a result of Stillshadow’s persistent requests for any kind of comment, “we have decided to no longer work with you.” Despite Stillshadow maintaining that he’d been categorically ignored by Lock’s affiliate point people, Larson claimed Lock’s official line was that it was “always looking for resolution.” Specifically, the kind of resolution that allows Lock to offload expenses onto others, ignore their protests over the unfairness of such treatment, then punish them for having the cheek to warn other affiliates about Lock’s eagerness to stack the deck in its favor.

As the head of one of the few remaining US-facing online poker networks, Larson evidently feels affiliates – and players – have little leverage in these types of disputes, and should therefore accept such backhanded treatment with a clenched-teeth smile and a submissive ‘Thank you, sir, may I have another?’ demeanor. This type of attitude will be familiar to anyone who dealt with Larson (or her partner in crime Bryce Vincent ‘Vinnie’ Geoffrey) during their previous escapades as partners in the bankrupted ecom outfit First Web Financial. But even those who were unaware of this bit of Jen’s history will likely have witnessed this type of corporate indifference in action before…