Home / Business / Has Lock Poker admitted that the jig is up? 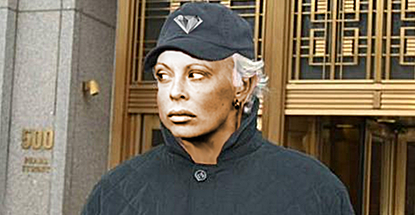 Troubled online gambling site/Ponzi scheme Lock Poker appears to have given up the ghost after failing to honor a single player withdrawal request in over a year.

USpoker.com’s John Mehaffey was first to notice on Friday that the Curacao-licensed Lockpoker.eu software wasn’t connecting to the poker server and that the live chat feature was offline. Lock’s sister site Lockcasino.eu is similarly still live on the web yet its software is also offline. The poker site’s liquidity had bottomed out at around two-dozen players in recent months.

TwoPlusTwo forum member IHasTehNutz, who has exhaustingly detailed the futility of requesting a Lock withdrawal in recent years, claims the last payment Lock made to a US player was received on April 2, 2014. No Lock player based outside the US has received a payment since January 2014. Estimates of the total amount of player funds Lock is either unwilling or unable to repay range as high as $15m.

As early as 2010, CalvinAyre.com had warned players that Lock and its founder Jennifer Larson (pictured) were “chronically underfinanced.” Following the 2011 Black Friday indictments, Lock took advantage of the three main US-facing poker sites’ market exits by aggressively promoting itself as a viable option for US players. This strategy – encouraged by Lock’s mail-order legal advisor Bryce Vincent Geoffrey – worked for a spell, but as Warren Buffett’s famous maxim warns, it’s only when the tide goes out that you discover who’s been swimming naked.

It wasn’t long before poker forums began filling up with player complaints about Lock’s slow-pay problems. Lock still made the sporadic payment here and there, apparently in the hopes that word would spread and players would continue to deposit fresh funds to grease Lock’s wheels.

Player complaints grew louder when Larson did her best Marie Antoinette by throwing a shindig at a rented castle in Portugal for Lock’s pro player roster, apparently motivating them for one final push to reel in deposits before the whole rotten edifice collapsed in on itself.

This February, Lock spokesman Shane Bridges attempted a last-minute bit of image rehabilitation in an online chat with TwoPlusTwo user HipAin’tCheap. Bridges confirmed that Larson’s Hail Mary plan to find a deep-pocketed investor/sucker to allow Lock to honor its debts had failed. Bridges also claimed that Lock player funds had been spent on “first class flights, ridiculous Tuscany farmhouses … $500 wine with every meal.”

Larson is reportedly holed up in Italy, where she has likely made fast friends with old school mobsters who recognize a kindred spirit. The official Lock site shutdown announcement probably won’t come until April 29, the birthday of Jen’s apparent inspiration, Bernie Madoff.