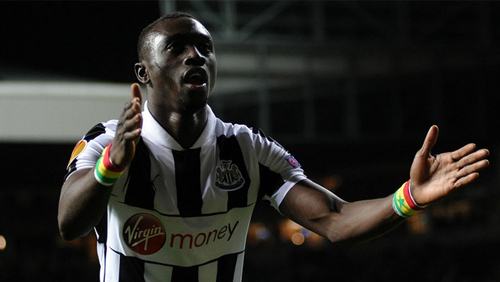 Newcastle and Senegal striker, Papiss Cisse, has gone from martyr to villain after photographs have emerged showing Cisse sitting at a gambling table in an Aspers Casino, just days after refusing to wear his Wonga branded football shirt because of religious reasons. 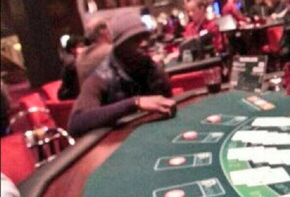 There is egg running down the face of Papiss Cisse after a Newcastle United football fan sent a photograph of him sitting at a gaming table in Aspers Casino to the BBC News team. The snap was taken back in November and it’s release comes just a week after the Senegalese international pulled out of Newcastle’s pre season tour of Portugal, after refusing to wear the new club strip because the moneylenders Wonga sponsored it.

Cisse told the club that his Muslim beliefs would be compromised if he were seen promoting Wonga. Such a shame when you consider that his attitude of martyrdom has actually provided Wonga with the very thing he was against – active promotion.

Wonga took the place of Virgin Money as Newcastle’s sponsors for the 2013-2014 season in a deal worth £8m a year. Cisse is not the only Muslim playing at the club, but he is the only player to take a stand over the use of Wonga as a sponsor.

Muslims forbid gambling, and charging interest on loans, and although the photograph does not provide clear evidence that Cisse was gambling, just his mere presence in a casino has set the double standard hares running. The BBC News team stated that a spokesperson for the Aspers Casino described Cisse as an ‘occasional visitor.’

In 2007, the former West Ham and Tottenham Hotspurs striker, Frederic Kanoute, refused to wear his Seville strip because it was sponsored by 888.com. Kanoute said that ‘Gambling is the work of Satan. It is forbidden by the Koran and I will not play in a shirt that promotes it.”

Kanoute changed his mind after a quick word in his shell by the men that pay him thousands of pounds per week for kicking a ball around a field; I am sure Cisse will do likewise.