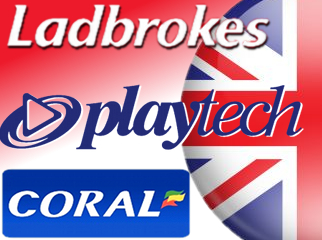 The first fruit of the five-year deal between UK bookies Ladbrokes and online gambling software providers Playtech has made its debut on Lads’ online site. This week saw a new ‘Vegas’ tab appear on the Ladbrokes site, via which 70 Playtech slots and casino table games are available. Thirty of these Playtech games are also available via Lads’ mobile offering. Lads CEO Richard Glynn called the addition a “considerable step forward in our digital capabilities with further enhancements to come in the coming months.” Glynn said the new Vegas tab could eventually offer punters access to over 400 game titles courtesy of Playtech and other third-party developers via Playtech’s open platform.

Case in point, this week also saw Lads ink a mobile and web slots content deal with Swedish developer Net Entertainment. The deal marks the latest UK-facing operator to add Net Ent titles to their offering, with 888 going live earlier this month and Sky Bet set to do so later this year. Net Ent exec Bjorn Krantz said he was confident his company’s content would be welcomed by UK punters.

Meanwhile, Playtech is expanding its reach into the UK’s land-based gambling world via a deal with Gala Coral’s sports betting brand Coral. The pact would allow visitors to Coral betting shops to play on the shops’ fixed-odds betting terminals (FOBTs), then have any winnings paid into the customers’ online Coral account. The system, which will utilize Playtech’s single-wallet Information Management System, is set to launch later this year and other Playtech licensees can be expected to follow in Coral’s platform-spanning footsteps. In an interview earlier this year, Playtech’s VP of Operations Shimon Akad told eGamingReview the plan was to offer players “a continuous gaming experience where all their game history and money is recorded and captured in a single platform.”