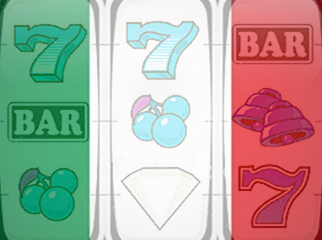 The Italian-facing division of Greek lottery and gaming operator Intralot has jazzed up its website. The new Intralot.it site has been redesigned so that registered customers will be presented with all their visual preferences immediately upon login, regardless of the device used to access the site. The site also features a new Live Betting user interface, which Intralot Italia managing director Bruno Lener says is part of its commitment “to constantly provide our customers with the most advanced gaming offerings.”

In terms of new offerings for players using Italian-regulated sites, the launch last December of the first sanctioned online slots helped boost February’s online casino revenue by 80%. According to unofficial figures from Italian regulator AAMS viewed by eGamingReview, that trend is accelerating, with online casino revenue in H1 2013 up 94.5% to €114m. However, the appeal of the new and the shiny has put a serious crimp into the poker sector’s returns. Gross gaming revenue from online poker cash games in H1 has fallen 33.5% to €78.5m, while tournament revenue has fallen even further, down 36.9% to €57m.

Italy’s regulated market was a primo whipping boy on Day 1 of the World Gaming Executive Summit in Barcelona. SCM Lawyers partner Quirino Mancini told attendees the regulated market was a “bleak” environment in which a few operators – PokerStars, 888, Lottomatica – are doing well “but the majority are simply surviving.” Intergame’s Stewart Darkin quoted Mancini saying the “very crowded market” was “entering a new consolidation and integration phase,” suggesting the distance between winners and losers would become even more obvious.

The regulated online market represents just 10% of Italy’s overall gambling revenue, compared to 20% in the UK’s more mature market, but Mancini said that “in terms of restricting illegal activity, it is very important.” Italian police recently broke up a major illegal online gambling ring in which the servers were based out of Romania, somewhat undercutting Mancini’s claims that while Italy still had a “sizable illegal gaming offer in Italy,” it was “not as big or threatening as it used to be.”