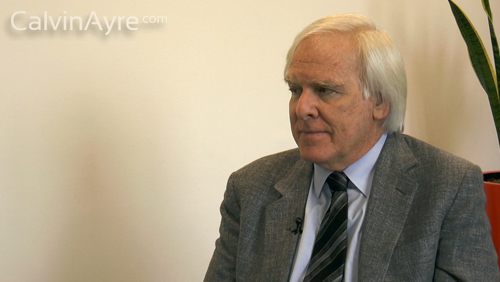 The question on how important liquidity will become for online gambling companies offering their services within a state by state regulated United States is still up in the air.  Another issue that remains at large is whether online gambling operators licensed in Nevada and beyond will actually go ahead and start accepting players from other countries where online gambling is regulated. Checkout Part 1 and Part 2 Interviews here.

Rose shared that the Nevada regulators were in attendance at the event he was in town for- International Association of Gaming Advisers’ annual conference- and he confirmed they are already having informal discussions with UK regulators. Interestingly enough, Rose advised the Nevada regulators two years ago to get on the UK’s whitelist and their response was, “What’s the whitelist”? They clearly didn’t have their act together at the time and its too late to get on the whitelist now as the UK is changing their laws.

In terms of legality within the US when it comes to accepting players overseas, Rose explains, “So long as the server is in Nevada, an operator in Nevada can take bets from any other state or nation where they are not violating any law.  They can just go ahead and do it without an agreement”.

However the same is not true the other way around.

Looks like Nevada licensees are the only ones who can take bets from Nevada and this comes as no surprise to Rose- he claims its typical and that every state does it- its just the way it is.

Rose finished off the conversation by pointing out that England made a mistake and believed what the European Court of Justice said fifteen years ago- they said if an operator had a license within the EU, they could take bets from elsewhere in the EU.  Now, fifteen years later, there is no reciprocity when it comes to gambling licenses and as a result, each market is a ‘mini market’.

If we use this example and apply it to the situation in the United States, Rose believes one of the biggest reasons (if not the only) to get licensed by Nevada or New Jersey is if this idea of the compacts comes into fruition, an operator can say they are already licensed with state x, y or z and the other state will already know the operator is legit.