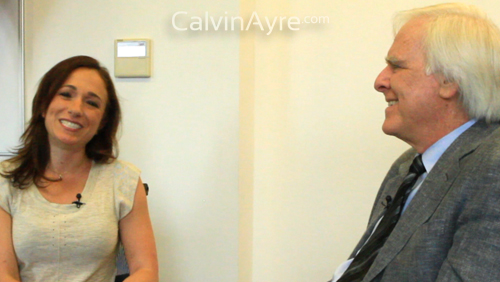 As we learned in Part 1, interstate and international compacting will become important for generating liquidity as state by state regulation continues in the United States.  While state by state (and state by country?) compacting sounds good on paper, in practice its complicated because there are just so many factors involved, for example, what defines a “bad actor”? You can bet that this definition will vary from state to state, so are we actually looking for the lowest common denominator when it comes to compacting? Is this just one gigantic race to the bottom? Checkout Part 3 Interview here.

Rose explained that Nevada doesn’t want a race to the bottom and in fact, the regulators are talking actually raising the standards.  He warns that Nevada is making some of the same mistakes that that the UK made- the UK thought everyone would come flooding to them for a license but in actuality obtaining a UK license was too rigorous of a process and just too plain expensive.

“I actually think there is a good chance that the Nevada system will fail”, Rose said.  It’s a small state so people might think, lets just forget it and look to states like New Jersey instead.  “People may start avoiding Nevada”, he said.

As complicated as state by state regulation and compacting sounds, unfortunately it looks like its here with us to stay.  “I’ve been saying for months- in fact for years- that there is no chance they are going to get a federal law,” said Rose. “Sheldon Adelson wrote an opinion that basically says internet gambling is evil and he’s against it…probably because he wants to protect his land based casinos.  But its Sheldon Adelson.  He’s very politically powerful in the Republican Party because he’s their single biggest donor.  And this really kills it.  This means its state by state”.

If state by state is the reality of regulated online gambling in the United States, the questions of how and even if we need to generate liquidity remains.  Is the answer compacting? Or is the answer we don’t need liquidity?

According to Rose, “Liquidity is only important for poker”.  However, he also makes the point that if you really needed hundreds of thousands of poker players online before you can have a good game of poker, how can we explain card rooms and poker in land based casinos where there are sometimes only ten tables? This is one point and another is that for every other game you literally only need one player and the computer, so maybe liquidity isn’t as a big of an issue as we all once thought.