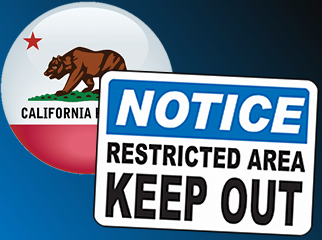 A new California online poker bill supported by some of the state’s major Indian tribes has surfaced in draft form. The proposed Internet Poker Consumer Protection Act of 2013 (read it here) is accompanied by a cover letter signed by the chairpersons of eight prominent tribes, including the Pechanga Band of Luiseno Indians, who up to this point had not supported any of the previous online poker initiatives.

The bill is expressly poker-only, including a “strong definition of poker to prevent expansion of games” in order to minimize cannibalization of tribal land-based gaming operations. Eligible licensees would be limited to federally recognized tribes already operating licensed gaming facilities and state card rooms. There would be no limit on the number of licenses beyond the number of eligible licensees, but licensees would have to have owned their land-based gaming facility for five years preceding the bill’s enactment.

Licenses would be valid for 10 years with automatic 10-year renewals provided the operator has done nothing wrong over the initial decade. All operators would face the same “go live” date of Jan. 1, 2015, to ensure a fair start. There are no figures specified for license fees, taxes or annual regulatory fees, although a previously circulated memo indicated a 10% tax on gross gaming revenue.

NO, SERIOUSLY… KEEP AWAY
As written, the bill would “require the state to opt out of, and decline to opt into any federal framework for internet gambling.” What’s more, the bill states that if the feds were to authorize compacts between states and/or foreign jurisdictions, “this state shall not participate in any such agreement.” (That collective groan you just heard came from Nevada casino operators, gaming regulators and all US poker players not currently residing in California, the largest US state.)

As for subcontractors, there’s a prohibition on ‘bad actors’ who accepted bets from California residents not just post-Unlawful Internet Gambling Enforcement Act (UIGEA) but at any time prior to the state passing its own legislation, which pretty much eliminates most operators doing business today. That prohibition extends to brand names, software, databases, etc. There’s a similar ban on internet cafes and all unlicensed online operators would be subject to asset forfeiture. All subcontractors would have to locate their equipment on California soil.

The question remains as to how this bill will make its way into the legislature. When news of the bill first spread earlier this month, California gaming attorney Harsh P. Parikh (@CAGamingLawyer) noted that Feb. 22 was California’s cutoff date for introducing a new bill into the current legislative session. Introducing a new bill at this stage would require approval by (a) the Rules Committee and (b) three-quarters of the full Senate. There is a chance that the bill could be funneled into the ‘placeholder’ SB 678 bill filed earlier this year by state Sen. Lou Corrrea, but Pechanga.net editor Victor Rocha told QuadJacks.com that the tribal bill was “completely separate” from Correa’s bill. Watch this space…