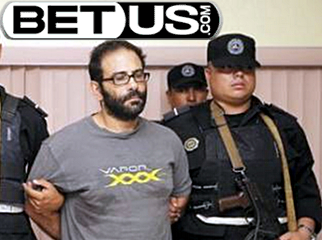 Nicaraguan authorities have deported a former associate of Costa Rica-based online gambling site BetUS to the United States to face charges of fraud and money laundering. Lawrence S. Hartman aka Larry Hartman has been the subject of an Interpol warrant since 2009 based on a stock scam that took UK investors for several hundred million dollars.

Hartman, who entered Nicaragua illegally from Costa Rica on April 22, was arrested three days later after presenting false documents to immigration authorities in an attempt to procure a Nicaraguan passport. Hartman reportedly claimed to be the son of a Nicaraguan mother, but authorities didn’t buy it. Nicaraguan media outlet La Página reported that Hartman is being sent to Florida on Wednesday, where he will be formally charged.

The scam in question involved a Florida-headquartered operation that hijacked defunct corporations to obtain their CUSIP financial security codes and trading symbols. The scammers then used this data to create empty-shell companies that had the appearance of being publicly traded, after which they cold-called elderly investors in the UK and Ireland to buy shares in the companies. The scam operated between July 2004 and March 2008.

Hartman and two other lawyers are accused of helping the scam’s ringleaders illegally acquire the identities of 54 dormant publicly-traded companies. In the 2009 indictment (read it here), Hartman is accused of having “caused the preparation and transmission of worthless stock certificates and related correspondence sent to victim-investors outside the United States, and caused the transmission of victim-investors’ funds to accounts in his name, the name of a family member, and the names of entities he controlled.” Hartman is listed in the indictment as having wired $132.5k to a Costa Rican bank account in the name of Paola A. Barbe Barba in 2006.

The two other lawyers, Houston-based Roger Lee Shoss and Nicolette Loisel, were sentenced last year to 18 months and 12 months respectively, and ordered to collectively forfeit the $800k they personally profited from the scam. The scam’s ringleaders, UK citizens Paul Gunter and Simon Odoni, were convicted last month of numerous conspiracy, fraud and money laundering charges. Each defendant faces up to 20 years on the fraud charges and up to 10 years for money laundering when they’re sentenced on July 23.

UH OH
The news will not be welcomed by BetUS’ owners, Joey and Tommy Rizzo, considering Hartman’s close ties to their operation. Hartman used to be CEO of the Angelciti Group, which ran a bunch of Real Time Gaming casinos back in the early 2000’s and had earned a reputation for refusing to pay out when players hit large jackpots. Angelciti was considered the casino offshoot of BetUS’ sports betting operations and Hartman acted as a ‘consultant’ for BetUS, which could explain why BetUS was often subject to similar no-pay accusations.

Hartman would be intimately familiar with the inner workings of BetUS as well as the Rizzo brothers’ personal financial dealings. This information could be a valuable bargaining chip when it comes to determining the severity of Hartman’s punishment for his role in the stock scam. On the plus side, at least the news came late enough in the year so as not to spoil Joey’s wedding plans. But suffice it to say, the BetUS honeymoon may be well and truly over.