Amit Babkhani is Triumphant at the WPT Canadian Spring Championships 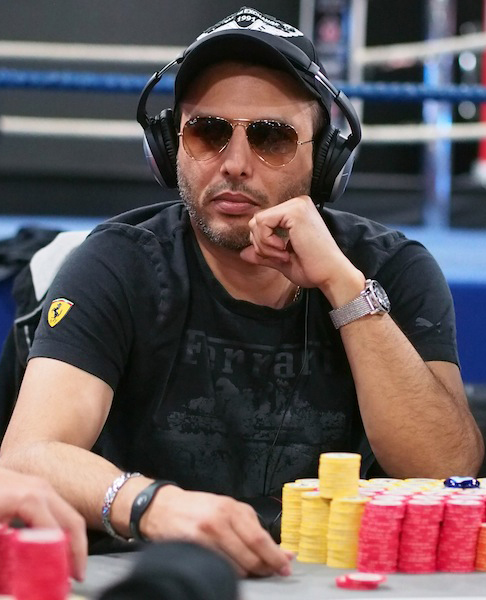 Amir Babakhani make’s good use of his final table chip lead by eliminating all but one opponent on his way to a crushing victory at the PartyPoker WPT Canadian Spring Championships.

When the final started he had more chips than anyone, and when it ended he has earned them all. A fraction over 22 million chips equates to $442,248 in prize money, and that’s the amount currently hurtling towards Amir Babakhani, the newest member of the World Poker Tour (WPT) Champions Club.

It took place inside a squared circle, and to be honest it was a bit of a bloodbath. Babakhani eliminated Jonathan Bardier, Martin Leblanc, Jason Duval and finally Barry Kruger with a left hook, right hook, jab and uppercut to send them all crashing to the mat.

“It’s like a dream…I can’t believe it. I got lucky in some spots, outdrawn a few times but in the end it worked out for me.” Babakhani told WPT’s Jeanine Deeb after his victory.

With the name ‘Amir Babakhani’ the latest to be engraved into the herculean WPT Champions Club trophy, that leaves just one more spot until Season XI is assigned to the record books, in what has been an up and down year for the pioneers of televised poker in the United States.

There have been 23-events on this whistle stop tour. When you combine that with the eight European Poker Tour (EPT) stops, the Aussie Millions, Partouche Poker Tour (PPT) and the three World Series of Poker (WSOP) stops it’s little wonder that on times the WPT field sizes have resembled scarcity more than density. But the choice of venue seems key to burgeoning player numbers and they simply love coming to the Playground of Poker. 735-players entered this event, and with the EPT Grand Final ticking along nicely in Monte Carlo that’s a very impressive turn out indeed.

The whizz-bang wallop of the final table looked a little something like this. Jonathan Bardier got it in bad holding [Ac] [Jh] versus the [Ah] [Qc], of Babakhani to be the first player eliminated. The next player to be slung through the ropes was Martin Leblanc and once again it was a dominating ace doing the damage; Leblanc moving with [Ac] [6c] and once again Babakhani finding [Ad] [Qd] to knock him to a ground for the ten count. Jason Duval made sure it wouldn’t be a clean sweep for Babakhani when he took out Bobby Liang in fourth. A familiar final table pattern with the [Ah] [9c], of Duval out lasting the [Ad] [2h], of Liang when the cards were lying flat on their backs. Before Duval had chance to use that double up as a launch pad Babakhani has spewed water on his flames. Duval moved all-in from the small blind holding [Qs] [9s], Babakhani called from the large holding [As] [4c] and the Canadian showed the table just how to win a showdown with a baby ace. With four players gone it was Barry Kruger and Amir Babakhani to duke it out for the title and it was a cooler to finish off things. With a board of [5c] [5d] [3d] [2c] the pair got it in for the title. Kruger was smiling with [5h] [4h] for trips, but Babakhani was grinning from ear-to-ear with [8c] [5s], the [Qc] finished off the board and Matt Savage was on hand for the ten count and to hold Babakhani’s arm aloft as the latest WPT Champion.