Mike Linster is the latest addition to the ever-growing stable of World Poker Tour (WPT) champions after taking down the WPT Bestbest Open in Jacksonville, Florida. It was the greatest moment in a 15-year career for a man who plays most of his poker at the Borgata in the ailing Atlantic City. 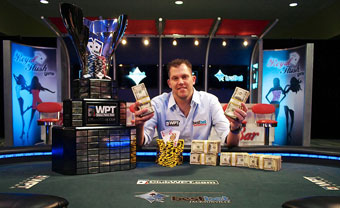 351 players created a prize pool of $1,123,204 with $321,521 reserved for first, in the final American Season XI offering until the ship returns to port at the Bellagio for the World Championships in a few weeks time. It was a tournament that once again brought the best of US talent to the table. Former WPT Players of the Year (POY) Andy Frankenberger & Joe Serock, WPT Champions Club member Ben Hamnett, David ‘Doc’ Sands and Jason Mercier all chiming in with $3,500 a piece.

But none of them were around when the final table was formed despite another outstanding performance from the current POY leader Matt Salsberg, who bagged another impressive tenth place finish for $14,277.

“I have been looking for a big win for a while. Hopefully, this will put me on the map in the poker scene.” Linster told Jeanine Deeb of the WPT after his win.

PokerStars have revealed that 30-players have already pre-registered to compete in the €100,000 Super Higher roller that will take place at the European Poker Tour (EPT) Grand Final in Monte Carlo on 13th May.

The news means the event is already on course to equal, or better, the 38-player number that entered the event last year. Incredibly, the event that saw Justin Bonomo take the title and €1.64 million in prize money generated five rebuys. The craziest of which had to be Leon Tsoukernik. The owner of the Kings Casino in Prague was eliminated early in the tournament and decided to rid himself of any potential post match tilt by playing on the High Stakes Craps table. An hour later and Tsoukernik had made a €100,000 profit and used the money to rebuy in the event. Shame his return didn’t last as long as his time on that Craps table! 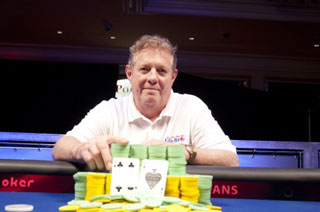 Greg ‘The Fossilman’ Raymer put the name of the HPT on the poker map when he won four of the main events held in 2012. But Raymer is a man with quite a lot on his mind these days, after being caught with something in the proverbial cookie jar, after a prostitution sting in Wake Forest a few months back.

With the Fossilman no doubt at home doing the ironing, washing and mowing the lawn, the gateway was left open for Roger Campbell to walk through and grab the headlines with a victory that earned him $131,674. With just two previous cashes to his name, in the past six years, you can guess that poker is not a full time occupation for the 62-year old who booked his seat playing in a $375 satellite.

One thinks Raymer may be more ‘Pretty Woman’ than ‘Cinderella’.