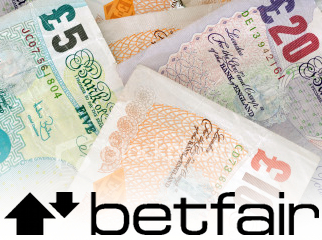 Rumors of private equity group CVC Capital Partners targeting UK-based online betting exchange Betfair have proven to be far more than just whispers after the latter confirmed that CVC, together with other investors, has made a £912 million ($1.4 billion) offer to takeover the company only for Betfair to say that it had rejected the offer.

The betting outfit told Reuters that it received a preliminary proposal late last week from CVC, together with Richard Koch, Antony Ball, and partners. Koch, in particular, is no stranger to Betfair because the company he co-founded, LEK Consulting, already holds a 6.5 percent stake in the company. Ball, meanwhile, is a non-executive director at investment group Brait.

While Betfair’s board did take some time reviewing CVC’s preliminary proposal of buying the company at 880 pence per share in cash or an unlisted securities alternative made up of shares and loan notes in a new entity, the board and its advisers ultimately concluded that the offer “fundamentally undervalues the company and its attractive prospects, and is highly conditional”.

Incidentally, shares in Betfair closed last week at 805 pence, a 15 percent increase from its previous figures that resulted in a business value of about £834 million ($1.271 billion).

One of the reasons why Betfair’s board rejected CVC’s offer is its belief – legitimate or not – that the company’s growth prospects is in stable footing. “We have a unique business with a market position, profitability, cash flow and prospects that this proposal fails to recognize, chairman Gerald Corbett told StockMarketWire, alluding to CVC’s proposal.

“Our new management team are implementing the strategy announced in December 2012 and it is this that will realize value for shareholders. We will provide an update to the market on 7 May 2013 to set out the good progress we are making in the implementation of our strategy, including cost efficiencies, and our recent trading performance.”

Ever since it went public in October 2010, Betfair has had a pretty rough going in the London stock exchange. Its opening IPO of £13 per share initially saw some healthy returns at the end of its first trading day. But those days are a distant memory now and the company’s stocks haven’t come close to hitting a pound per share in the past year or so, topping out at 901p in March of last year.

With its initial offer rebuffed, we’d be surprised if CVC doesn’t go back to the drawing board and submit a new offer, or at least engage in some serious negotiations with Betfair regarding a palatable bid price. The fact that the latter’s board took the time to “review” the initial offer seems to suggest that it’s willing to negotiate and ultimately, sell at a price it feels is justified to let it go.