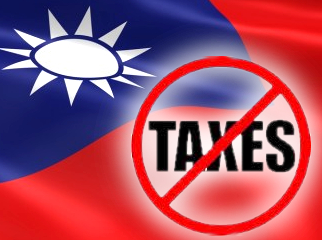 Politicians in Taiwan are reportedly considering revamping the country’s Criminal Code to permit the construction of casinos inside new ‘Free Economic Pilot Zones.’ Quoting an anonymous Cabinet official, the Taipei Times reported that politicians were bandying about the notion of allowing casinos inside the proposed zones, in which more liberal rules regarding trade, development and taxation would apply.

As written, Taiwan’s Criminal Code prohibits casino development, but the country’s outlying island regions were exempted from this ban under the terms of the Offshore Islands Development Act. The mayor of New Taipei City – which is on the list to host one of the first six planned pilot zones – has previously suggested he wouldn’t be averse to having a mini-Las Vegas Strip within his city limits. Similar desires have been voiced by the mayor of Taichung, another city slotted to get a pilot zone. But for the moment, it’s all just talk.

In more concrete developments, Taiwanese legislators have agreed to waive a tax on casino winnings for at least the first two decades following the opening of the new gaming joints. The Ministry of Finance had proposed a 20% tax on winnings, but this was opposed by the Ministry of Transportation and Communications and the American Chamber of Commerce in Taipei, which argued that it would act as a disincentive for casino investors. Earlier this month, legislators reportedly settled on a 13% gross gaming revenue tax for casino operators.

Taiwan’s Cabinet is rushing to finish crafting legislation to permit casino development on the Matsu Islands chain so that the full legislature can begin debate on the plan’s merits next month. Weidner Resorts is widely presumed to be the frontrunner to build the nation’s first resort-casino on Matsu and CEO William Weidner has criticized the government’s slow and deliberate approach to revising its regulations, going as far as to threaten to take his development billions elsewhere unless the pols get a move on.