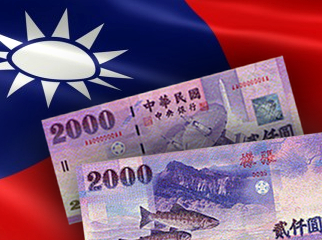 Taiwanese legislators have reportedly settled on a 13% tax rate on gross gaming revenue for the country’s proposed casinos, according to the Commercial Times, a local Chinese-language newspaper. It’s not clear if the proposed rate, which has yet to be formally approved by parliament, would be accompanied by additional sales or corporate taxes. If approved, the 13% rate would compare favorably with the Philippines’ 15% rate for VIPs and 27% for mass market gamblers, as well as Singapore’s 12% for VIPs and 22% for mass market. By comparison, Macau charges operators an effective rate of 40%.

The proposed tax is among a number of commercial terms that have reportedly been spelled out to potential stakeholders but have not yet been made public. The 13% tax rate would be welcomed by Bradley Stone, president of Global Gaming Asset Management (GGAM), which not only has a stake in the Philippines’ newly opened Solaire Manila resort-casino but is also bidding (via associated developer Weidner Resorts) to build a resort-casino in Taiwan’s outlying Matsu Islands chain. Stone told Macau Business Daily that the Philippines’ preferable tax rate would give gamblers “more reasons to come to the Philippines once in a while and try out our resort” and Taiwan would similarly benefit from keeping its taxes reasonable.

At the recent Solaire grand opening, GGAM CEO William Weidner reiterated his desire to see Taiwan’s politicians get the lead out on approving both the casino legislation and launching the tender for casino developers (which he fully expects to win). Weidner believes his casino would enable Taiwan to reclaim some of the revenue lost by the 3.6m Taiwanese gamblers who paid visits to overseas casinos in 2012 (1.2m of these went to Macau, while 500k went to South Korea).

Weidner believes a cluster of casinos, such as is in the works in Manila, helps keeps operators on their toes so they don’t fall behind the competition, but that theory doesn’t extend to his Matsu proposal. In Weidner’s mind, if he’s willing to pay an estimated $2.5b to build up the infrastructure in the undeveloped region, he wants – and deserves – exclusivity.