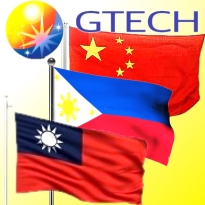 Lottery technology outfit GTECH recently re-upped its contract with the Beijing Welfare Lottery Center (BWLC), with which GTECH has had a relationship since 2000. The new three-year deal calls for GTECH to provide the BWLC with a new online lottery central system, 1,500 new Altura lottery terminals, game design, marketing consultation and software support. The deal expires Dec. 31, 2015, with options for three one-year extensions. GTECH has also launched a pilot program under which select BWLC retailers can offer customers two mobile lottery games via a GTECH-powered Android app.

China may think state-sanctioned lotteries are okay, but it’s casting a suspicious eye on online card and board games. The Ministry of Culture’s Cultural Markets Department has launched sweeping inspections of social game sites to determine whether their virtual currency games are getting too close to real money gambling (as Japanese authorities recently concluded). The inspection is being carried out in two phases: self-inspections by the companies themselves (to be completed by June 10) followed by more thorough ‘turn head and cough’ examinations by state officials, expected to be finished by the end of June.

Just offshore from China, the mayor of the Taiwanese city of Taichung is coming under fire from anti-gambling activists for describing modern casinos as “full of sunshine” and “suitable for the whole family to spend their leisure time.” Jason Hu made his observations during a Q&A at the Greater Taichung Council in response to a question about whether the city could eventually host its own casino. Activists like Homemakers United Federation chairwoman Chen Man-li were quick to condemn Hu, saying if casinos were allowed in Taiwan, “society can only go down from there.” Hu maintains that Taichung residents are already gambling in Macau – so much so that airlines are now offering direct flights to the enclave – without any financial benefit to state and local governments.

PHILIPPINE CASINOS CAUGHT IN CROSS-BORDER CROSSFIRE
Even further offshore, a longstanding dispute between China and the Philippines over territorial waters has a former Philippine legislator worried about his country’s gambling revenues. Last month, a stage-managed crowd of ‘protesters’ gathered outside the Philippine embassy in Beijing to proclaim China’s “indisputable sovereignty” over a section of the resource-rich South China Sea known (by the rest of the world) as the Scarborough Shoal. The region is infinitely closer to the Philippine island of Luzon (220km) than to Hong Kong (800km) but China claims it as its own (much as Russia claims territoriality over pretty much anything within the Arctic Circle).

The Manila Standard reports that the war of words has former Philippine Senator Juan Miguel Zubiri worried that his country’s casinos – which, like most in the region, rely heavily on a steady influx of Chinese whales – might become collateral damage in the cross-border sniping. For example, Air Asia had planned to launch a Manila-to-Macau service in July, but placed these plans on hold after China warned its citizens against traveling to Manila, leading to the cancellation of many package tours to the Philippines. However, most experienced China watchers remain convinced the only reason Chinese authorities are raising such a stink about the Shoal is to distract domestic attention away from a recent series of political scandals (including the as yet unexplained fall from grace of former Party bigwig Bo Xilai and the embarrassing escape from house arrest of blind dissident Cheng Guancheng). Chinese authorities routinely engage in such ‘wag the dog’ antics, but their ire is usually directed at either Taiwan or the USA. In short, this too shall pass.