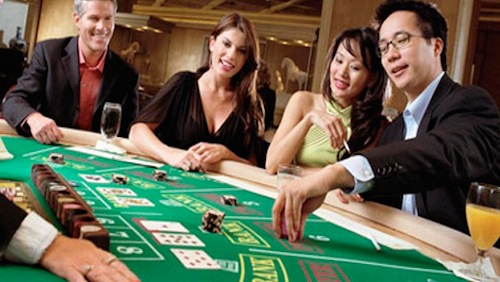 The impressive revenue figures coming out from Macau in the first three months of the year have been gotten a ton of press because it’s been extremely robust even in the face of uncertainties, including junket crackdowns from the mainland and the H7N9 virus, among others).

Yet despite all of that, the city has posted some pretty remarkable revenue numbers, reporting gross revenue earnings of MOP85.3 billion ($10.66 billion) in the first three months of the year, representing a 14.8 percent increase from its numbers in the first quarter of 2012.

Baccarat has long been the game-of-choice for gamblers in Macau and that proved to be the case yet again in the first three months of the year after the table game accounted for a staggering 91 percent of gross gaming and gambling revenues. According to the Gaming Inspection and Coordination Bureau, two-thirds of Macau’s entire gross revenue from January to March came from VIP Baccarat at MOP57.82 billion ($7.3 billion) with standard Baccarat accounting for 23 percent of the revenues at MOP20.016 billion ($2.5 billion). Talk about holding dominion over the Macau gaming land.

Making up the rest of what’s left of that pie are slot machines, which earned MOP3.57 billion ($446 million), Cussec, which netted MOP1.553 billion ($194 million), and combination of other types of gambling, including horse and dog racing, scratch cards, sports betting, and Chinese lotteries.

In addition to being one of the oldest betting games in China, baccarat’s popularity in the region can be largely attributed to its appeal to VIPs and high rollers for being known to have one of the lowest house edges of any of the table games. Plus, it’s fast-paced and really easy to play, appealing to deep-pocketed types who want as much action going on without breaking any strides.

Baccarat offers all of that, justifying its unquestioned billing as the king of all table games in Macau.