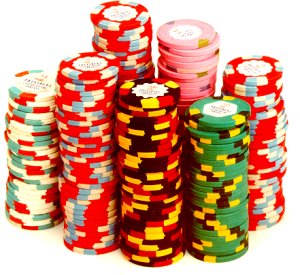 Macau’s overall gross gaming revenue in March saw business in the gambling town take in MOP 31.3 billion– $3.9 billion based on current exchange rates – in gross gaming earnings, an extraordinary improvement of 25.4 percent from the figures it earned in the same month last year.

Shouldering most of that earnings is Macau’s VIP casino market, which, according to a research note issued by Wells Fargo Securities, provided MOP21.8 billion of Macau’s gross revenue earnings in March. Based on current exchange rates, that number equates to $2.7 billion of the entire $3.9 billion cash flow, which is a little under 70 percent of the total gross revenue earnings.

If you’re VIP market can account of more than two-thirds of your gross gaming revenues in a given month, we’d say that’s a pretty impressive haul, one that’s made equally impressive by the fact that March became the first month in the year that reported a double-digit growth in VIP casino gross revenues.

Wells Fargo analyst Cameron McKnight also wrote in the research note that year-on-year comparisons on Macau’s VIP market saw the high rollers improve its estimated market hold rate of 3.11 percent, an improvement from the 2.79 percent rate that was reported in March of last year.

But all the positively glowing numbers could take a hit in the coming months should the fears of SJM Holdings executive Ambrose So come to fruition regarding the outbreak of the H7N9 virus that has plagued mainland China in recent weeks. Chinese health officers have tried to downplay the virus’ potential effects on the Macau gaming market, ensuring that it’s still a long ways away from hitting Macau shores. All that being said, it’s important to pay close attention to how Macau’s gross gambling revenue does in April a month after it shattered record highs.

With such a strong month in the rear-view mirror, how successful the encore will be will largely determine on how much high rollers in VIP gamblers flock to the gambling town amid fears of the H7N9 virus spreading farther and farther.