The Super Bowl may be considered as the biggest single betting day in sports but when it comes to overall activity and sheer volume of wagers being spent on a “singular” event, even the mighty Super Bowl can’t hold a candle to the three-week basketball frenzy that is March Madness.

Last month, Las Vegas generated a record $98.9 million in bets from Super Bowl XLVIII. When you factor in the amount generated by online sportsbooks, total betting estimates during the NFL’s big day balloon to around $6 billion. It’s still, hands down, the biggest betting day of the year.

But if you want to quantify March Madness as a singular event of just under 70 games, then the estimated $12 billion being wagered during the three weeks of Madness is bigger than that of even the NFL’s marquee sporting event. That’s why when bookmakers say that March is the undisputed biggest betting month of the year, the single solitary reason behind that is March Madness.

March Madness brackets have also become one of the most popular betting pools in homes, offices, bars, and schools during the entirety of the tournament with over 40 million brackets being filled out for the impossible, and ultimately delusional opportunity of hitting a perfect bracket. Last year, an NCAA survey even estimated that over 10 percent of Americans participated in some kind of March Madness pool, underscoring the sheer magnitude of people making themselves fully invested in the tournament. It’s no exaggeration to say that every or business and office all over the country have their own March Madness pool, accounting for a significant chunk of the estimated $12 billion in bets during the tournament.

This year, there’s no telling how high much in bets March Madness is expected to fetch. With betting numbers continuing to rise over the years, combined with the sheer unpredictability of this year’s tournament, you can expect a lot of money being put down on long shot odds compared to most year’s when there are clear-cut favorites to win the tournament.

But for all the attention being placed on the betting side of the tournament, the “economics” of March Madness isn’t just limited to gambling. There are a plethora of other factors that make up the entire pie. Gambling, actually, only makes up a sliver of it. The biggest chunk of the money that powers the March Madness universe is the broadcasting rights CBS is currently paying the NCAA, a 14-year, $10.8 billion contract that was signed in April 2010. Break that down to a per-year basis and that number equates to about $770 million in revenue, a little over 90% of the NCAA’s entire operation revenue. 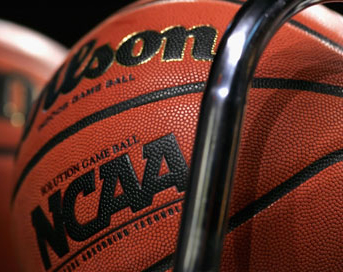 Advertising is another cash cow that the NCAA takes full advantage of during March Madness. While ads during games don’t approach the the $3.8 million advertisers had to pay out during Super Bowl XLVII last month, it’s still involves eye-popping numbers that have a lot 0’s attached to it. Kantar Media put the amount spent on advertising during the 2011 men’s tournament at $738 million with a 30-second ad averaging $1.24 million during the championship game. Those numbers increased to just over $1 billion last year, higher than the figure the NFL generated during its playoffs and the Super Bowl, which totaled to $976.3 million. Adweek reported that a 30-second slot during the first two rounds of last year’s tournament cost roughly $100,000. During the Sweet 16 and Elite 8, those numbers hit $350,000 for an ad of the same duration, followed by $700,000 during the Final Four, and at least $1.34 million during the National Championship game.

Ticket sales during the tournament approach around $40 million a year for the NCAA, a number that might represent a speck of what the NCAA earns in TV rights and advertising, but when added to the former, bumps up the entire operations revenue of the association to a staggering 96%.

In the end, it’s no secret that March Madness is undoubtedly one of the most widely anticipated, viewed and wagered-on sporting events in American sports. The amount of moving money during the three-week tournament is staggering. And with TV rights, advertising money, and people’s gambling habits only getting bigger and bigger as the years move forward, there’s not telling how many more 0’s you can to the nine it conservatively fetches now

March Madness 2015: Where can you find the best bracket challenge?
Kirby Garlitos
18 March 2015