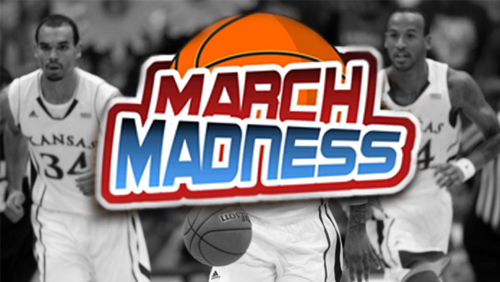 You know when people say that perfection is unattainable? Well, they might as well be talking about a perfect March Madness bracket. To save yourself the disillusioned ambition of picking all 63 games of March Madness correctly, that is hitting the correct outcome of all the games from the first round all the way to the National Championship game, you might as well know that you’re 50 billion times more likely to hit the Mega Millions Jackpot.

To put that number in perspective, if you decided to put on paper every possible bracket combination, that stack would reach from the earth’s surface to the sun and back six thousand times. Not feeling nauseous yet?

Try this on for size: if every person in the world – man, woman, or child – filled out 10 million brackets EACH – the chance of somebody hitting a perfect bracket is still LESS than 1 percent.

Now, you can make it easier – as loose a definition of the word as we’ve ever used – by picking all the favorites, but easier would only mean that instead of 9.2 quintillion odds, you improve your chances dramatically because the odds of that happening are just 1 billion to 1.

See, you just wiped out about half of the zeroes with those odds.

There have been occasions when somebody manages to pick the first two rounds of the tournament, no small feat in itself considering that the odds of that happening are one in 13,460,000. Three years ago, a then 17-year old high school student from Illinois managed to do just that, hitting on numerous upsets on his way to scoring a perfect two rounds.

But even if something like that has already happened, it doesn’t mean that anybody’s any closer to matching that accomplishment, or more incredibly, getting all the 63 games of March Madness right. After all, if you’ve decided to make it your life’s work to score a perfect bracket, you might find it useful to know that you have better odds of hitting the Powerball on three consecutive weeks.

So let’s just all face it. We all have much better odds of convincing Calvin Ayre to live a life of celibacy than we do of picking a perfect March Madness bracket.