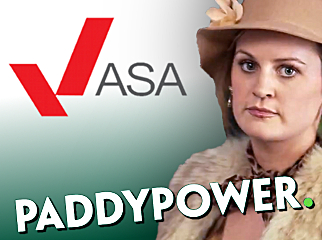 The UK Advertising Standards Authority has rapped the knuckles of betting exchange Betfair over a television advert the ASA dubbed misleading. The Betfair Casino ad featured a voiceover that informed viewers of an offer to “Deposit £10 and get £20 free.” The pitch was accompanied by onscreen text stating that “cash out restrictions apply, bonus must be activated within 7 days” and invited viewers to consult a website address for full details. The punter who complained to the ASA objected to the fact that these full details included the requirement to wager that £20 a total of 40 times within seven days in order to be able to withdraw said funds.

Both Betfair and the broadcaster-funded Clearcast ad-approval firm believed the onscreen text had sufficiently alerted customers that the bonus came with strings attached. The ASA disagreed, noting that while such rollover requirements were standard industry practice, the bonus offer was limited to new customers, for whom such conditions might come as a shock. The ASA ruled that the conditions should have been given more prominence and prohibited the ad from airing again.

Earlier this week, UK newspaper the Times tut-tutted over ASA stats that showed the number of gambling-related ad complaints had risen from 154 in 2011 to 873 last year. While this has led trend-watchers to wring their hands and call for a crackdown on predatory gambling companies ratcheting up their efforts to enslave helpless gamblers, consider that 403 of these complaints were directed at just one ad – Paddy Power’s infamous ‘Ladies Day’ spot – and those complaints had little to do with gambling and everything to do with the suggestion that the Paddsters were stigmatizing transgendered people. The ASA is well familiar with Paddy Power, the Irish jokesters having been responsible for 2010’s most complained about advert (their ‘blind footballers kicking a cat’ epic).

If you want a better barometer of how well the gambling industry is adhering to the ASA’s principles, consider that the number of gambling ad complaints the ASA actually chose to both investigate and uphold in 2011 was 15, while the total for 2012 was 20. So far from the Times’ depiction of a problem that was 600% worse from year-to-year, we see only a 25% increase. Two months into 2013, 141 complaints have resulted in just two ads being investigated and the complaints upheld. If that trend continues, 2013’s total may fall below 2011’s, after which we duly expect the Times to write… nothing.

Meanwhile, no word on whether Chelsea striker Fernando Torres has complained to the ASA about the giant billboard Paddy Power has erected across the street from Stamford Bridge stadium. The billboard contains a message needling Torres over his scoring drought: “We’ve got an onion bag you can actually find. It’s in the burger van, mate. Get your hair net on.” Chelsea management have apparently tried to remove the ad but have been stymied by the fact that they don’t own the property on which the ad is situated. The Daily Mail reported similar banners going up around the country targeting Arsenal’s Andrey Arshavin, Aston Villa’s Darren Bent, West Brom’s Peter Odemwingie and QPR’s Jose Bosingwa, none of whom, it must be noted, are actually blind.