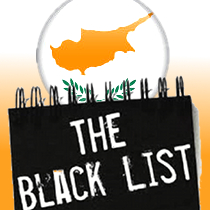 Cyprus’ National Betting Authority (NBA) has issued a blacklist of some 270 online gambling sites the country’s internet service providers (ISPs) have been ordered to block. The NBA has given the ISPs 72 hours notice to block all sites offering unlicensed services to Cypriot gamblers or face fines of €30k. Last July, Cypriot politicians approved legislation barring any form of online gambling other than sports betting and the online lottery and keno games provided by Greek gaming firm OPAP. Even before it was approved, the legislation sparked a wave of violence against OPAP shops by rival operators who had been offering online betting via their shops. The legislation also banned betting exchanges, forcing Betfair to withdraw from the market from which it earned an estimated 4% of its total revenues.

The blacklist is dominated by familiar pan-European operator names like Bwin.party, who accounted for 22 of the 270 domains. PokerStars had 11 domains on the naughty list. Betfair also made the not-so-shortlist, despite new CEO Breon Corcoran’s vow to refocus the company’s attention on markets in which it was undeniably welcome. William Hill told GamblingCompliance it had shut down its Cyprus-facing sportsbook “a couple of months ago” and had never offered online casino or poker to Cypriots, yet Hills was also represented on the list, alongside less familiar names based outside the European Union like the Curacao-licensed King Solomons Casino. Bet365 and Sportingbet were not on the list, apparently having done a stellar job of restricting Cypriot access to their naughty bits in the wake of last summer’s legislation.

Punters have already reported their favorite gambling sites being replaced by inert notices that the NBA is sorely disappointed with them for trying to access forbidden sites. Operators have written strongly worded letters to Brussels claiming Cyprus has lost the plot, or at least the legal precedent to justify their ISP shakedown. In response, the NBA has helpfully let it be known that the list they’ve handed the ISPs is “not exhaustive” and will be updated as needed.

Cyprus is in the throes of a general election, with a runoff vote set for Feb. 24 after the Feb. 17 ballot failed to produce a clear winner. In a televised debate last month, the two remaining presidential contenders each offered their support for the approval of land-based casinos to help boost the island nation’s shattered economy. Cyprus handed out its first two official land-based sports betting licenses last month to Intralot subsidiary Royal Highgate and Liverpool-based Stanleybet, but land-based casinos remain illegal under the same legislation that banned online gambling other than sports betting last summer. Observers say casino legislation could come within a year after the election. Cyprus has also delayed accepting online sports betting license applications until the outcome of the election is decided.